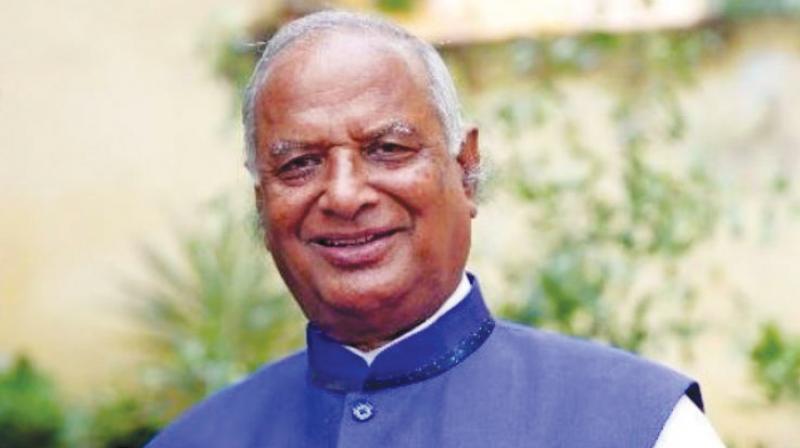 Jaipur: Rajasthan BJP chief Madan Lal Saini on Thursday claimed Mughal emperor Akbar tried to misbehave with a Bikaner queen in an all-women Meena Bazaar, which he used to frequent in disguise.

Saini's statement invited swift condemnation from the Congress, which accused the state BJP of creating communal disharmony. "The entire world knows that Akbar organised 'Meena Bazaars' where only women worked. Men were not permitted to visit them. But Akbar used to visit them in disguise to commit 'dushkarm'," claimed Saini.

"It is recorded on the pages of history," he asserted, while talking to reporters on sidelines a function to mark the birth anniversary of Mewar king Maharana Pratap. Saini later said by "dushkarm" or wrongdoing, he meant chhed chhad (indecent behaviour).

The state BJP president claimed the Meena Bazar was closed sown only when the Mughal emperor once tried to commit mischief there with Bikaner queen Kiran Devi, who put her sword on the emperor's chest and forced him to plead for his life.

Comparing Mahrana Pratap with the Mughal emperor is making mockery of the history, said Saini. Maharana Pratap is great because he fought for his religion, culture and honour and never tried to grab anyone's land and never yielded to the people who attacked the country. Congress vice president Archana Sharma flayed Saini's remarks.

"The entire country is proud of Maharana Pratap's valour and people imitate his values but the BJP leader has presented a distorted history which creates enmity in society and leads to its disintegration," Sharma said.

It is the Opposition's responsibility to maintain harmony in the society, she said, adding the BJP leader's statement is highly condemnable.