India   Politics  07 May 2020  What after May 17: Sonia Gandhi questions Centre
India, Politics

What after May 17: Sonia Gandhi questions Centre

Most CMs and former Finance Minister P Chidambaram also pointed out the deep financial stress being faced by the states. 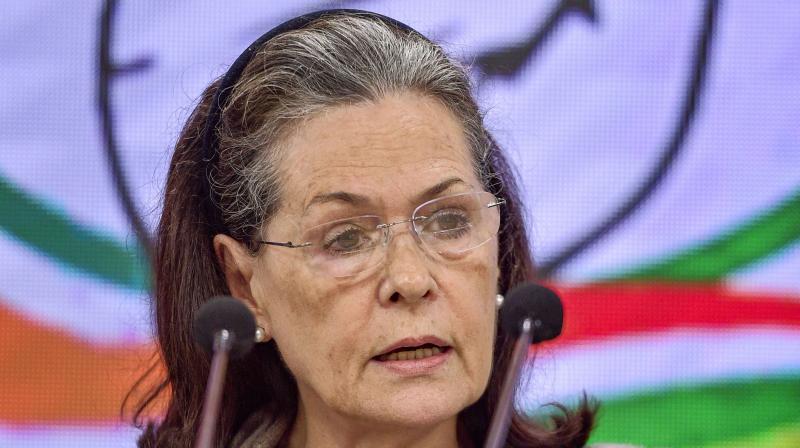 New Delhi: The Congress Party on Wednesday questioned the government on the way forward and the economic plan after the current phase 3 of the lockdown ends on May 17.

”After May 17th, What? and After May 17th, How? ...what criteria is GOI using to judge how long the lockdown is to continue....”, Congress President Sonia Gandhi is understood to have asked at a meeting of chief ministers of Congress-ruled states.

Agreeing with the Congress President, former Prime Minister Manmohan Singh asked the chief ministers to deliberate among themselves and question the Prime Minister on the exit strategy from the lockdown.

Most CMs and former Finance Minister P Chidambaram also pointed out the deep financial stress being faced by the states.

“Chattisgarh is one state where 80 percent of Small Industries have restarted and nearly 85,000 workers have returned to work.”

Punjab Chief Minister  Amarinder Singh said: “We have set up two committees, one to strategise on how to come out of lockdown and other on economic revival.”

“Concern is people sitting in Delhi are deciding on classification of zones without knowing what’s happening on the ground.”

Concerrring with this view, Puducherry CM V Narayanswami said the centre cannot decide zones and it should be left to the states.

All the CMs assured the Congress President that they were making arrangements to bear the cost of the return of the migrant workers.
Meawhile, the Congress party took strong exception to raising the taxes on petrol and diesel.

“The entire nation and its 130 crore people are fighting the Corona pandemic today. The poor migrant labourers and workers, the shopkeepers, the farmers, the small and medium businesses are virtually penny less, they are struggling for every single Rupee, yet, this draconian Government is fleecing 130 crore Indians by raising insurmountable taxes on petrol and diesel,” Congress’ Chief Spokesperson Randeep Singh Surjewala said.

He claimed that between the years 2014-15 up till the year 2019-20 that is in a period of 6 years, the BJP Government at the Centre has increased taxes on Petrol and Diesel 12 times and has collected Rs 17 lakh crore.

“Where has this money gone? On whose benefit has this money been utilised? We ask the Prime Minister of India Shri Narendra Modi to come forward and answer these questions”.