India   Politics  07 May 2019  Siddaramiah should have come back as CM: K’taka Home Minister
India, Politics

Siddaramiah should have come back as CM: K’taka Home Minister

After Congress and JD(S) formed the coalition government last year post the assembly elections, Kumaraswamy took over as theCM of Karnataka. 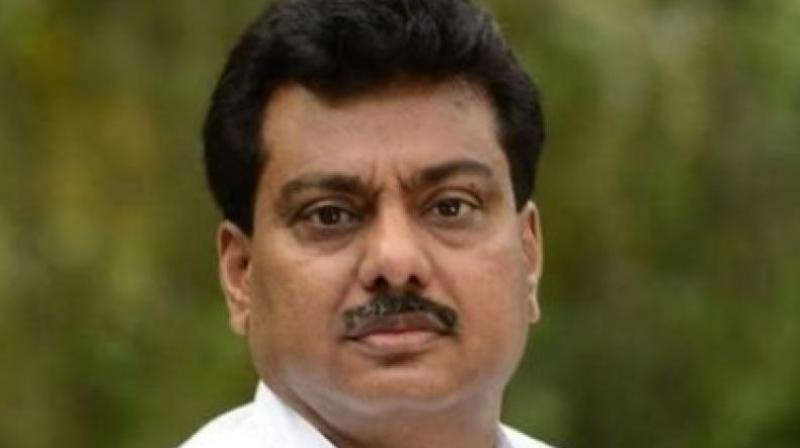 Karnataka Home Minister M B Patil on Tuesday made a pitch for Siddaramaiah 'as chief minister again'. (Photo: File)

Bengaluru: Karnataka Home Minister M B Patil on Tuesday made a pitch for Siddaramaiah "as chief minister again," but clarified the present coalition government under H D Kumaraswamy would complete its full term.

"Siddaramaiah had done a lot of good work. He deserves one more term... But we have to accept people's mandate... When we come to power on our own... but presently that question does not arise.. This government has to complete five years," he said.

"Siddaramaiah has got the eligibility (for the second term as chief minister)," Patil added.

After the Congress and JD(S) formed the coalition government following the May 2018 assembly elections, Kumaraswamy took over as the chief minister of the state.

The coalition partners also fought the Lok Sabha elections together though there have been strains between the two ever since.

Many Congress MLAs were not content with the present arrangement and had stated that Siddaramaiah was their leader and they would like to see him as the chief minister again, an issue that has irked JD(S) leadership.