Congress president Rahul Gandhi claimed to waive off farmer loans within 10 days after coming into power. 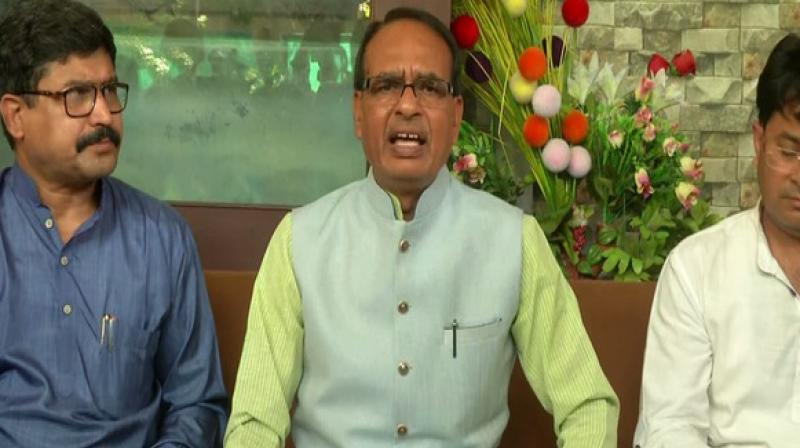 'I appeal to the state government and Chief Minister Kamal Nath that they should satisfy the farmers rather than making me feel contended by paying money to the banks,' Chouhan said. (Photo: ANI)

Bhopal: Former Madhya Pradesh Chief Minister Shivraj Singh Chouhan on Tuesday slammed the Congress-led state government for not waving off farmer loans, even when party president Rahul Gandhi claimed to do so within 10 days after coming into power.

"On one hand the Congress government here is claiming that they have waived off the loans of all the farmers, however, farmers are still receiving notices for not paying their debts. I appeal to the state government and Chief Minister Kamal Nath that they should satisfy the farmers rather than making me feel contended by paying money to the banks," Chouhan told media here.

"You will get to know on May 23 when the Lok Sabha election results will come out. There is no meaning of sending me a pen drive like this. Rahul Gandhi had said that within 10 days after forming government in Madhya Pradesh they will waive off the farmer loans. This has not been done yet. They have cheated lakhs of farmers... They should bring bank documents to me," he added.

Chouhan went on to claim that Gandhi cheated the farmers of Madhya Pradesh.

"The total loan worth is Rs 48,000 crore. They have only given Rs 1,300 crore to banks. Since Model Code of Conduct came into effect, the Chief Minister has sent messages to lakhs to farmers stating that your loans couldn't be waived off due to the Lok Sabha elections and will be done after that," he claimed.

The BJP leader's statement comes after a Congress delegation led by former Union Minister and Congress leader Suresh Pachouri reached his residence on Tuesday morning with documents containing details of farmers whose loans have been waived off by the state government.