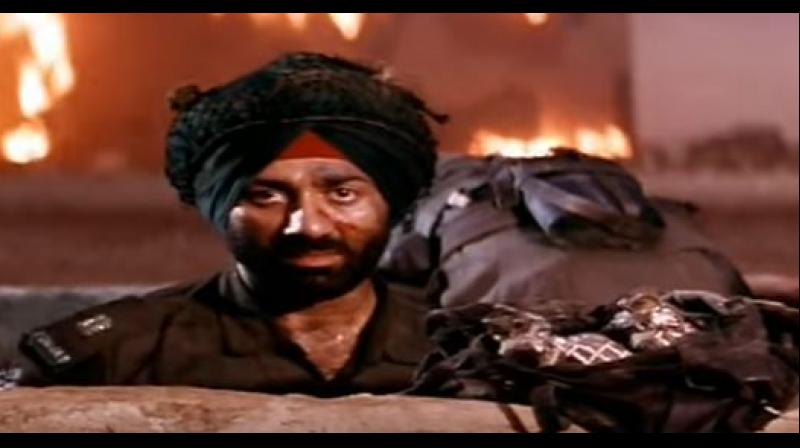 Gurdaspur: He had roared like a lion in the emotionally-charged movie ‘Border’ where as Major Kuldip Singh Chandpuri he valiantly fought the Pakistanis in the Battle of Longewala in 1971.

But in reality, as the BJP candidate from Gurudaspur, actor Sunny Deol would rather play down the Indo-Pak tension.

"Movies are different but this is not a movie… this is real life. I have always done positive roles in my life, my sentiments are also the same," he said to NDTV.

Deol is Pitched against Congress’ Sunil Jakhar in Gurdaspur.

Deol is humble in admitting his lack of information. "I do not know much about issues like Balakot strikes or India's relations with Pakistan. I am here to serve the people; if I win maybe I will have an opinion, right now I don't," he admitted.

When asked if Modi’s wave is helping him or he is encashing on his personality, Deol said, “I don't want to encash anything, I just want to work for my country. If I win, I will try to do good work. If your principles are right, you can achieve anything."

Deol waves at people, gives them autograph but doesn’t say much.

“I have come here to connect with the people. If I win, I will work for these people. My father was associated with Vajpayeeji. I chose Modiji,” Deol said.

Gurdaspur is among the 13 constituencies of Punjab which shall vote on May 19.