India   Politics  07 May 2019  Battle Gorakhpur: Oppn smells blood, but will it be that easy?
India, Politics

Battle Gorakhpur: Oppn smells blood, but will it be that easy?

The BJP's loss in by-election sent the message to the Opposition that the BJP could be taken on in its turf. 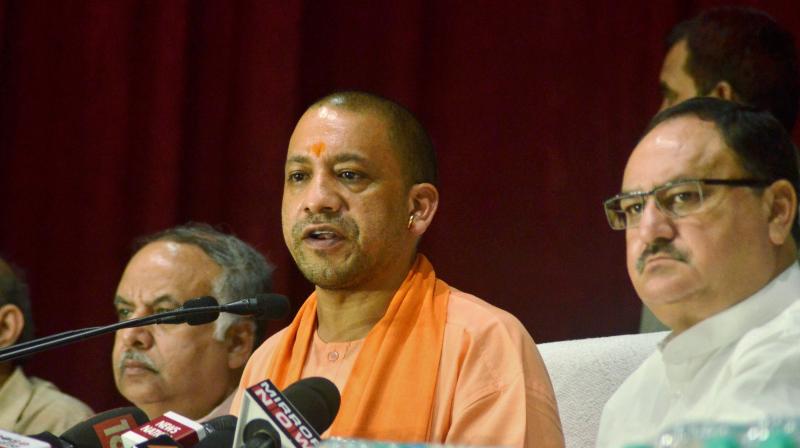 Gorakhpur: Gorakhpur is witnessing an unusual battle this time. The five-time MP from Gorakhpur Yogi Adityanath is not contesting election. He has donned the role of state’s chief minister.

The seat, which fell vacant after his departure, was won by Praveen Kumar Nishad of the NISHAD party backed by the coalition of the Samajwadi Party (SP) and the Bahujan Samaj Party (BSP).

This came as a major blow to the BJP who had a massive victory in the state Legislative Assembly elections.

Gorakhpur used to be a BJP bastion. The Opposition got the message that BJP could be taken on in its turf.

However, things have not gone well with the SP-BSP as well.

Nishad, who belongs to the NISHAD party, founded by his father Dr Sanjay Nishad, wanted two Lok Sabha tickets for his party which was refused by the SP-BSP. Nishad has allied with the BJP in this election.

Like the state of Uttar Pradesh, Gorakhpur is caste sensitive. NDTV has decoded its caste equation. Of its two million electorates, Nishad (boatmen) community is the biggest with 2.6 lakh voters followed by 2.4 lakh Yadavs. Praveen Nishad was backed by Yadavs, Muslims and his own community in the 2018 elections.

The BJP knew that support to Nishad would upset the upper castes. Thus, Nishad is relocated to another caste-sensitive Sant Kabir Nagar constituency where he would be facing SP-BSP’s Kushal Tiwari and Congress’ Bhalchandra Yadav.

"Ravi Kishan was most likely a consensus choice. While the BJP leadership felt the choice of a Brahmin would placate the community after two of its tallest leaders in the state, Murli Manohar Joshi and Kalraj Mishra, were denied tickets, the actor, a political lightweight and an outsider, poses no threat to the chief minister's position in Gorakhpur," Sunil Singh, formerly with the Hindu Yuva Vahini, who fell out with his mentor after 15 years, told NDTV.

The 49-year-old actor has eyed politics for a long time. He aims to open a Bhojpuri film studio which would generate numerous jobs. Interestingly, Ravi Kishan unsuccessfully contested Jaunpur constituency in Uttar Pradesh on Congress ticket in 2014.

Ravi Kishan is facing Ram Bhuhal Nishad from the SP-BSP coalition. Bhuhal is not concerned about a celebrity stating that he has the support of marginalised sections across caste and religion.

Many NISHAD party supporters may not vote for Ravi Kishan as Pravin Nishad was not given his home constituency.

BJP calls caste and religion poliitcs as a hype created by the Opposition, emphasising that government’s schemes have helped the poor and they all would vote for development.

More than anyone, Gorakhpur should be a major concern for Yogi Adityanath. Barring his constituency, he is also the head priest of the influential Gorakhnath temple in Gorakhpur.