India   Politics  07 Apr 2019  If Raj Thackeray had worked hard, he wouldn't have to campaign for others: Tawde
India, Politics

If Raj Thackeray had worked hard, he wouldn't have to campaign for others: Tawde 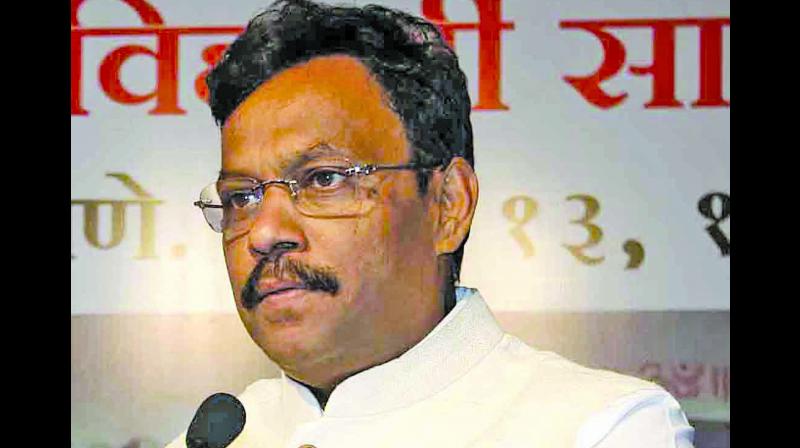 Tawde said the engine (MNS election symbol) has stopped working and he (Thackeray) was trying to start it with with help from other parties. (Photo: File)

Mumbai: Maharashtra minister Vinod Tawde Sunday lashed out at MNS chief Raj Thackeray, saying had he worked hard in his political career like he did for his 'gudhi padwa' speech, there would not have been any need for him to campaign for other parties.

Addressing a press conference here, Tawde said the engine (MNS election symbol) has stopped working and he (Thackeray) was trying to start it with help from other parties.

"If the MNS chief had worked hard in his political career earlier, there would not have been any need for him to campaign for others," the state education minister said.

Thackeray Saturday addressed a gathering of his party workers in central Mumbai, where he lambasted Prime Minister Narendra Modi and BJP chief Amit Shah over the policies of the NDA government.

He addressed the rally on the occasion 'gudhi padwa', which marks the traditional new year for Marathi Hindus.

Thackeray also urged voters to defeat Modi and Shah in the upcoming elections.

Referring to Thackeray's comment that he was okay even if Rahul Gandhi became the prime minister, Tawde said, "He should first ask Sharad Pawar if he was okay with Rahul Gandhi as the PM. Otherwise, his scripts would stop coming."

The BJP has earlier alleged that Raj Thackeray's speeches were scripted by Sharad Pawar.