The Congress party had organised a public campaign to explain the party manifesto to the people. 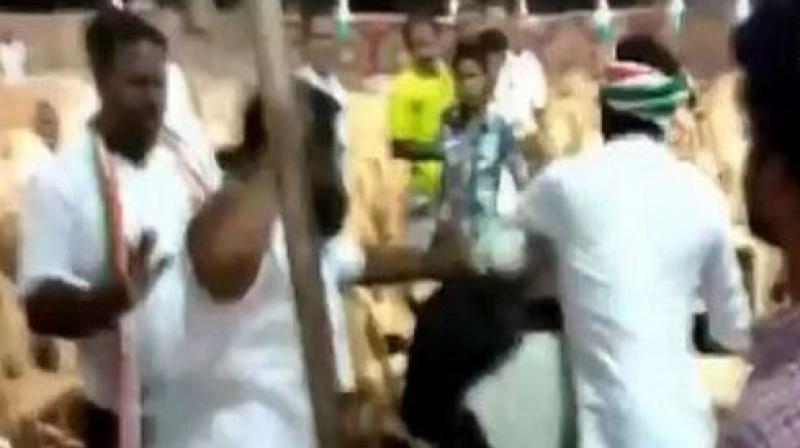 Enraged with the lensmen, a few congress party workers misbehaved with photojournalists and began to thrash them. (Photo: ANI)

Virudhunagar: Congress workers allegedly manhandled and thrashed photojournalists who were clicking pictures of empty chairs at a public rally by the party in Virudhunagar on Saturday.

The Congress party had organised a public campaign to explain the party manifesto to the people. The incident took place when state Congress president KS Alagiri was leading the public meet while a few photojournalists allegedly attempted to click photos of empty chairs.

Enraged with the lensmen, a few congress party workers misbehaved with photojournalists and began to thrash them.

#WATCH Tamil Nadu: Congress workers manhandle and thrash photojournalists who were allegedly clicking pictures of empty chairs at a public rally by the party in Virudhunagar. (06.04.2019) pic.twitter.com/epTiD9iLtK

Lok Sabha elections and assembly bypolls would be held in Tamil Nadu on April 18 in the second phase of the seven-phased elections. Counting of votes will take place on May 23.