The Congress vice-president was addressing a convention of Congress workers at the Ram Lila Maidan before the upcoming polls. 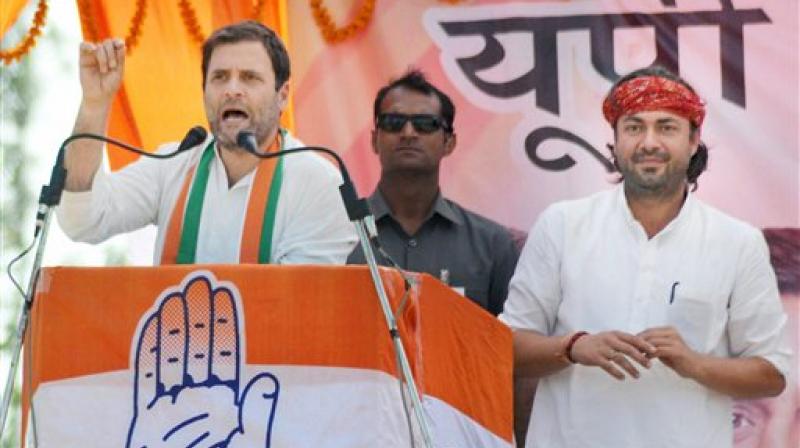 He said the Congress governments echo voice of every countryman.

Gandhi also attacked Modi over the recent killings of Indians in the US.

"Modi ji talks about 56-inch chest, right? When our youth are being killed...why he is not speaking? Because India's Prime Minister is scared of speaking up (to the US)," Rahul said.