'Is Lord Mayor of Delhi next idea', Chidambaram mocks Kejriwal

The former FM was speaking at the unveiling of a draft blueprint to "radically restructure" the cash-strapped civic bodies. 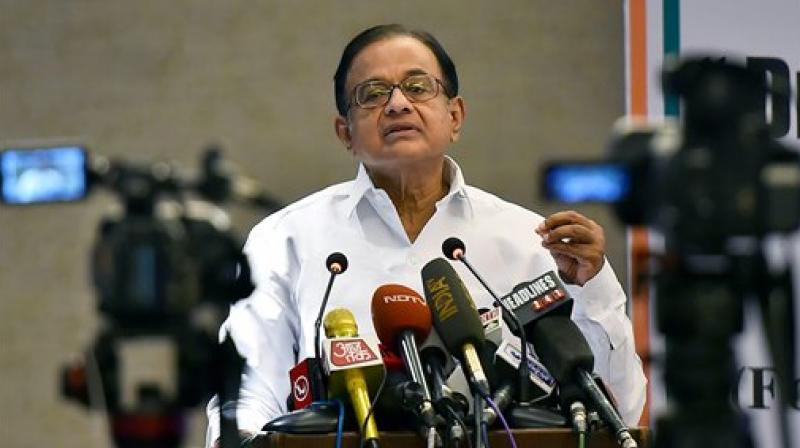 New Delhi: Congress leader P Chidambaram on Monday took a veiled dig at Chief Minister Arvind Kejriwal over his Delhi-London comparison remarks, saying his government should first try turning the city into what it was 20 years ago.

"I read today someone wants to make Delhi (into) London. I wish them well but let them make the city what it was 20 years ago, before they decide to make it London.

"I sincerely hope the next idea is not to have a Lord Mayor of Delhi like the Lord Mayor of London," he said, as he sought to mock Kejriwal without naming him.

The former finance minister was speaking at the unveiling of a draft blueprint prepared by the Congress to "radically restructure" the three cash-strapped civic bodies in Delhi.

"These are grand announcements...we need grand plans to radically restructure Delhi (MCD). Ultimately the plan must be something the people must adopt and accept...And in 10 years through this plan, we will make Delhi a world-class city," Chidambaram said.

Addressing a crowd at an event in Uttam Nagar on Sunday, Kejriwal had said, "In the Assembly polls you gave us 67 seats but this time do not leave any such gap. If we win the MCD polls, we will spruce up Delhi and make it look like London within a year".

The remarks have drawn criticism from political rivals, including the BJP, which has been ruling the MCD for the last 10 years.

Kejriwal, however, today sought to clarify his remarks, saying he meant Delhi will be made as clean as London, keeping its unique cultural ethos intact.

"When we go to western countries including London, we see a high level of cleanliness there. Delhi will be made as clean as London, which only the AAP can do," he told reporters.

The Congress is eyeing a comeback in the civic elections after severe drubbing in the last Assembly elections in which it drew a blank.

However, in the civic bye-polls last year to 13 seats, the Congress finished second with four seats ahead of the BJP at three and behind the AAP, which bagged the maximum of five seats.

The AAP is making its debut in the municipal elections and has pulled out all stops in the campaigning phase, seeking to replicate its stunning performance in the last Assembly polls, in which the BJP was reduced to just three seats in the 70-member House.