Force abroad conspiring to destroy Indian tea but we will not let it happen: PM Modi 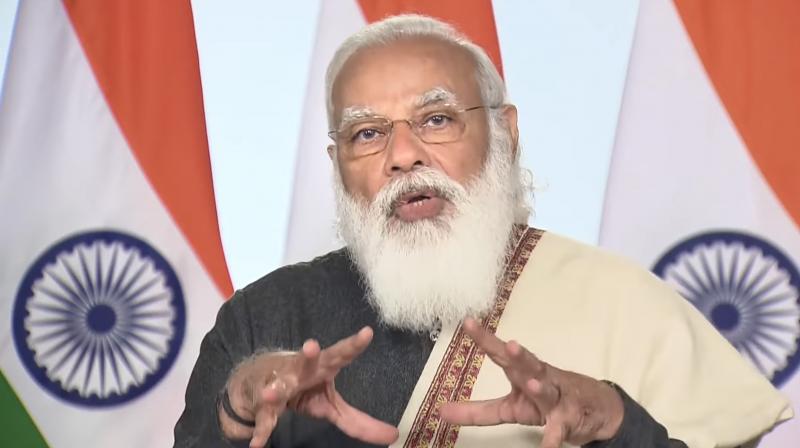 Pointing out that a special scheme entailing ₹1,000 crore was announced in the Budget for the welfare of the tea community in Assam, he said this would make the lives of the workers easier.(Photo:PTI)

Guwahati: Prime Minister Narendra Modi on Sunday said that some forces abroad have been conspiring to defame and tarnish the image of Indian tea at global level.

Addressing a massive public rally in central Assam’s Dhekiajuli, a tea growing belt, Modi said, “ I want to tell you about a conspiracy hatched to defame the country. The conspirators have not even spared Indian tea. They are trying to defame the image of Indian tea worldwide, systematically.”

The Prime Minister further said, “The evidence that we have suggests that the forces are seated abroad, ready to launch an attack on India’s tea-based identity.” He however asserted, “We will not let this happen.”

Referring to the quality of Assam tea, Modi said, “Assam’s happiness and progress are Assam’s tea gardens. The “lal chai” (red tea) of Sonitpur (district where Dhekiajuli is situated) is known for its special flavour. Who knows the taste of Assam tea better than me? That’s why I always see the progress of tea workers with the progress of Assam.”

The Prime Minister also referred to a scheme under which pregnant tea garden women are handed over a financial assistance of ₹12,000. He lauded the government for sending mobile medical units to the tea gardens and supplying free medicines to the workers.

Pointing out that a special scheme entailing ₹1,000 crore was announced in the Budget for the welfare of the tea community in Assam, he said this would make the lives of the workers easier.

The Prime Minister underlined the steps being taken by the BJP-led Assam government to improve the lives of the tea workers. He referred to the “Cha Bagichhar Dhan Puraskar Mela” (cash award fair for tea workers organised on Saturday) during which the State government transferred ₹3,000 each to the bank accounts of 7.47 lakh tea plantation workers. The government had transferred cash twice earlier for a total “gift” of ₹584 crore.

The Prime Minister also underscored the NDA government’s commitment to healthcare with a provision of ₹1,000 crore in Budget 2021.

“We are planning integrated laboratories across 600 districts in the country for taking healthcare to the people’s doorsteps. People from rural areas and small towns will benefit the most; they will no longer have to travel long distances for basic medical tests,” he said while reminding that during the Corona crisis, the nation has realised the need of expanding the healthcare facilities at every door step.

Laying down the foundation stones for two medical colleges and hospitals at Biswanath and Charaideo remotely, the Prime Minister regretted that Assam had only six medical colleges in 70 years after India’s independence till 2016. “Work on six more started during the last five years and they will together help Assam in producing 1,600 new doctors,” he said, lauding the state government for benefiting 1.25 crore people under the Ayushman Bharat Yojana.

He also hoped that the All India Institute of Medical Sciences (AIIMS) being established near Guwahati at Changsari  would go a long in bringing about a qualitative change in the lives for people in the Northeast. “I wonder why previous governments never considered having an AIIMS at Guwahati,” he said.