Rashtriya Bajrang Dal, he said, has chalked out a series of agitational programmes like an indefinite hunger strike. 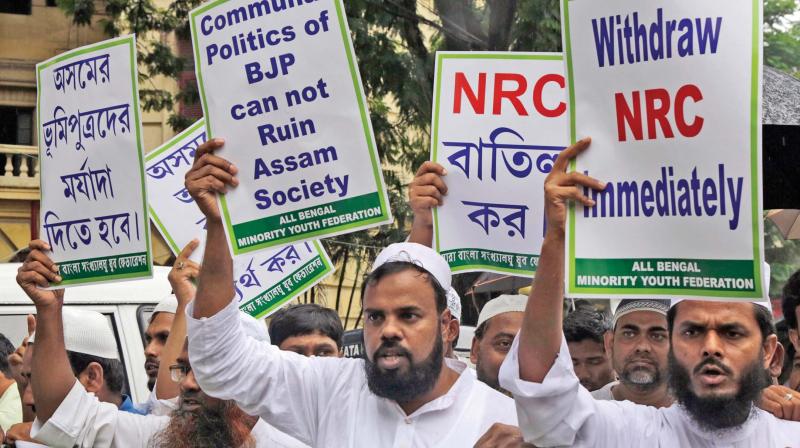 Guwahati: The Assam unit of Rashtriya Bajrang Dal has called a 12-hour state-wide shutdown on Friday to press its demand for scrapping final NRC list published on August 31, its president Dinesh Kalita said. The shutdown will begin at 5 am, Kalita had said.

The Rashtirya Bajrang Dal is also demanding the preparation of a fresh citizens register with 1951 as the cut-off year instead of March 24, 1971 as in the case of NRC, he said in a statement here.

"We are committed to ensure a Bangladeshi-free Assam", he added. Kalita urged the government to settle Hindu refugees who have come here after 1971 in different parts of the country.

He accused NRC State Coordinator, Prateek Hajela of conspiring to include names of several lakh Bangladeshis in the final NRC to make them valid Indian citizens.

Rashtriya Bajrang Dal, he said, has chalked out a series of agitational programmes like an indefinite hunger strike. It will also submit a a memorandum to the governor on their demands.