The leaders would be addressing a slew of press conferences and public meeting as part of the endeavour. 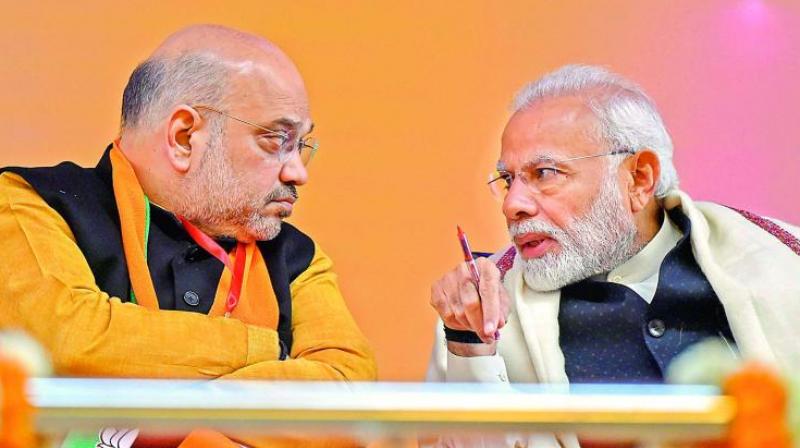 Sources said that BJP leaders, including ministers, would ensure that all decisions taken by the government are brought to public notice. (Photo: File)

New Delhi: As the Modi government 2.0 completes 100 days in office on Saturday, the BJP leadership would be connecting with the people to make them aware of the "historic" decisions made in the short period.

The leaders will carry the message of the government on matters ranging from "strong nationalistic" and security-related decisions like defanging of Article 370 and acquisition of the United States made Apache helicopters to people-centric decisions like pension for farmers and shopkeepers. the leaders

"From telling people how buying American Apache helicopters made Pakistan and China nervous, nullification of Article 370 to the Parliament's most productive monsoon session -- all will be listed out as government's achievements. The merger of banks to stabilise the economy is one of the few important points for the discussions, " said a senior party leader who is involved in finalising the points.

There would be special emphasis on spreading awareness on the triple talaq law which aims to abolish the social evil prevalent in the society. The party would also highlight the passing of the tough UAPA anti-terror law.

The fact that Parliament enacted several laws and worked overtime during the recently concluded monsoon session would also be highlighted. Other issues that are likely to be highlighted include the launch of Mission Fit India, the establishment of Jal Shakti Ministry and the National Medical Commission, and merger of banks.