Chief Minister Mamata Banerjee visited her predecessor at the hospital. 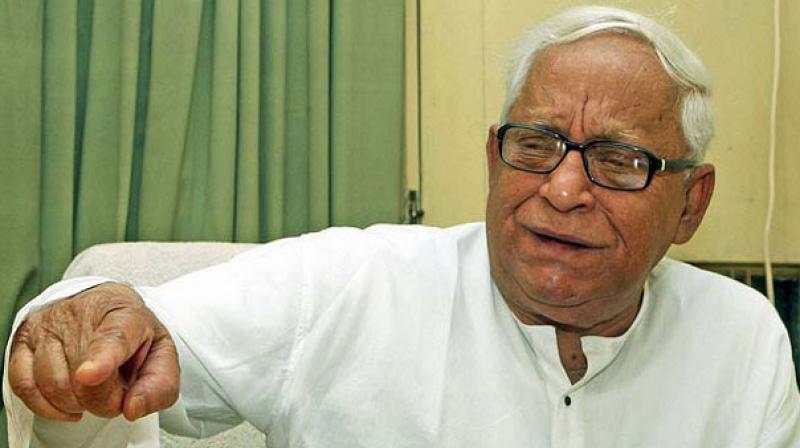 Bhattacharjee was the chief minister of West Bengal from 2000 till 2011.(Photo: PTI)

Kolkata: Former West Bengal Chief Minister Buddhadeb Bhattacharjee was admitted to a city hospital on Friday night after he complained of acute breathing problem. The blood pressure of 75-year-old Bhattacharjee, who is also a veteran CPI(M) leader, was found to be quite low, a senior official of the private hospital said.

"Bhattacharjee was brought to our hospital after 8 PM. His condition seems to be quite serious. We are treating him at the ITU," the official told PTI. "He complained of breathlessness this afternoon and his blood pressure fell quite alarmingly. We are conducting the requisite examinations," the official said.

Chief Minister Mamata Banerjee visited her predecessor at the hospital and spoke to the doctors there to enquire about his health, he said. Bhattacharjee has been suffering from Chronic Obstructive Pulmonary Disease (COPD) for quite some time. Senior party leaders like Surjya Kanta Mishra also visited the hospital. Bhattacharjee was the chief minister of West Bengal from 2000 till 2011.

He stepped down from the CPI(M)'s politburo, central committee and state secretariat due to ill health in 2018. Lately, Bhattacharjee has been losing vision in his eyes. His last public appearance was on February 3 during the party's mega rally at the Brigade Parade Ground here.