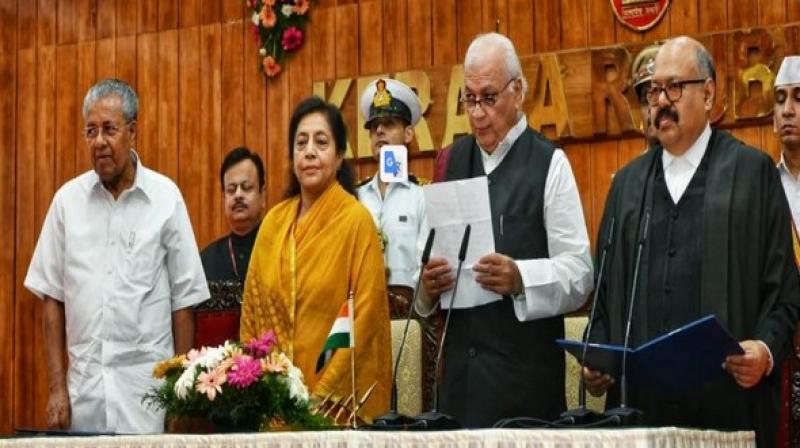 Khan had arrived in the state's capital Thiruvananthapuram on Thursday and was accorded guard of honor at the airport upon his arrival.

After his appointment, Khan had said that his role will be to ensure that democratically elected government in the state functions in accordance with the provisions of the constitution.

A Union Minister during former Prime Minister Rajiv Gandhi's tenure, Arif Mohammed Khan had resigned from his position after the then government decided to overturn the Supreme Court judgment in the Shah Bano case by bringing legislation in the Parliament.