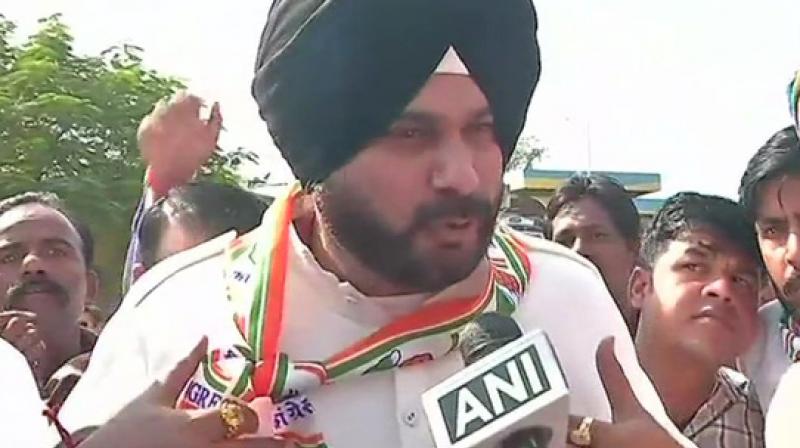 Punjab minister Navjot Singh Sidhu Thursday skipped the first cabinet meeting after the elections and asserted he could not be 'taken for granted'. (Photo: File)

Chandigarh: Under fire from Chief Minister Amarinder Singh for Congress's "poor performance" in urban areas in the Lok Sabha polls, Punjab minister Navjot Singh Sidhu Thursday skipped the first cabinet meeting after the elections and asserted he could not be "taken for granted".

Amarinder had recently said he intended to change the cricketer-turned-politician's portfolio of local government department over the party's performance in the Lok Sabha polls. "I cannot be taken for granted. I have been a performer throughout in 40 years of my life be it international cricket, or world class commentary with Geoffrey Boycott, TV shows or motivational talks," Sidhu told reporters.

He said the urban areas played pivotal role in the party's victory in Punjab and his department is being singled out. "My department is being singled out publicly. I always regard him as my elder I always listen to him. But it hurts and now where is the collective responsibility? He (Amarinder) could have called me and said anything he wanted to say," Sidhu said here.

In the recently held general election, Congress won eight out of the 13 seats. The SAD-BJP combine won four while the AAP managed to win only one seat.