‘Unfortunate, PM doesn't have poster with wife despite being married’: Cong’s Sanjay Singh 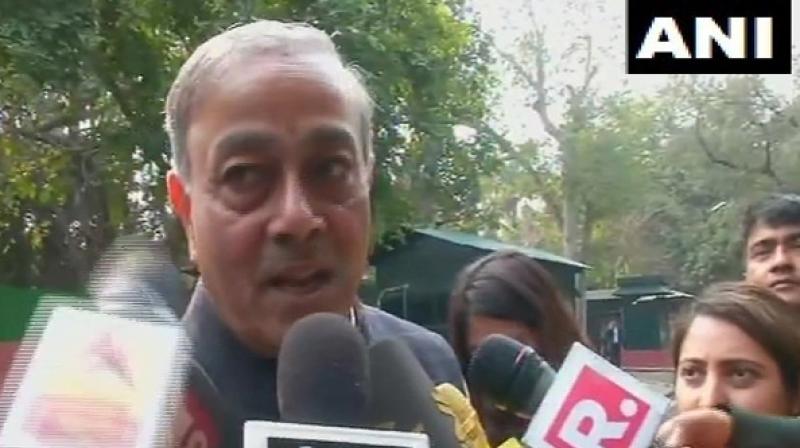 The posters were later taken down by the New Delhi Municipal Council (NDMC). (Photo: ANI)

Robert Vadra is Priyanka's husband, hope this relationship lasts for long. Their names have been dragged in various things but the BJP has not been able to prove it," Singh told reporters here.

He made the comments after posters came up outside the AICC office featuring Congress president Rahul Gandhi along with Priyanka Gandhi Vadra, who has recently been inducted as the party's general secretary for Uttar Pradesh East, and her husband Robert Vadra late on Tuesday. The posters were later taken down by the New Delhi Municipal Council (NDMC).

The posters came a day after Priyanka returned to the national capital following her trip abroad. Soon after her arrival, Priyanka conducted a meeting with Rahul and other prominent members of the party to review the ongoing preparations for the Lok Sabha polls.

Further taking a swipe at the Prime Minister, Singh added: "Today, Robert Vadra is appearing before the ED, tomorrow Modi ji will appear before the ED."
Vadra is slated to appear before the ED pertaining to a 2009 petroleum deal case later in the day. A Delhi court had given Vadra interim bail till February 16 in connection with a money laundering case.