She broke her 16-year-old hunger strike and declared that she wants to become the CM so that she could press for repeal of AFSPA. 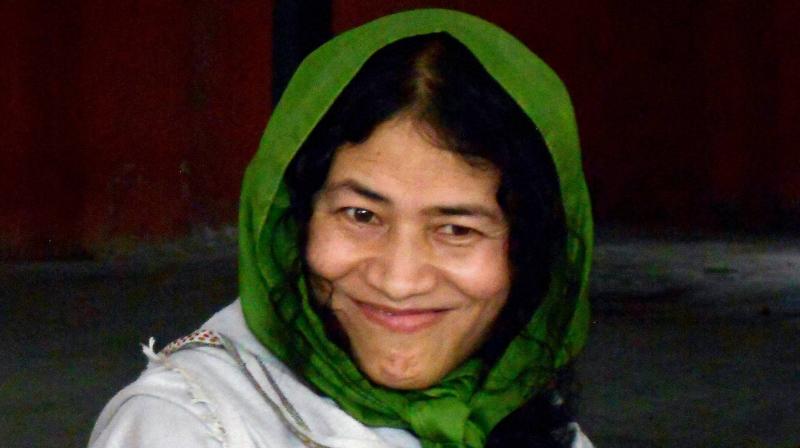 Known for her fight against Armed Forces Special Powers Act, Sharmila is a political greenhorn while Congress has been in power in Manipur for three successive terms under Ibobi Singh. Congress on February 3 had released a list of 60 candidates for Manipur Assembly elections, with Chief Minister Okram Ibobi Singh contesting Thoubal seat.

In August last year, the 44-year-old Iron Lady broke her 16-year-old hunger strike, the world's longest such campaign, and declared that she wants to become the chief minister so that she could press for repeal of the contentious AFSPA.

While launching her party PRJA in October last year, Sharmila had said she would contest from two seats - Thoubal and Khurai. While she belongs to Khurai, Thoubal is the Assembly constituency of the Chief Minister.

Leichonbam said the party has already started campaigning in Thoubal for Sharmila. However, there is no word yet about her contesting Khurai seat. Leichonbam said PRJA, which recently was allotted 'whistle' as the party's symbol, is likely to field altogether 10 candidates for the Assembly elections to be held on March 4 and 8.

Meanwhile, the Naga People's Front (NPF), the ruling party in Nagaland, has announced names of 15 candidates for the Manipur Assembly elections.