Bedi had recently created a WhatsApp group for exchange of information and details of implementation of various government schemes. 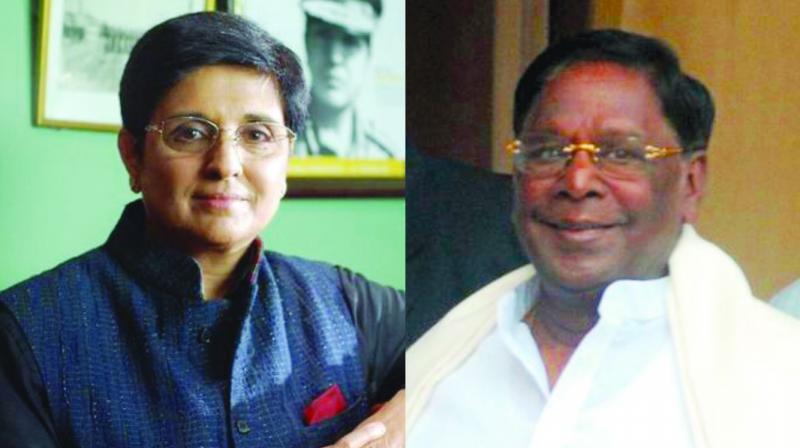 New Delhi: A new confrontation has erupted between the chief minister of Puducherry V. Narayansamy, and the lieutenant-governor, Kiran Bedi. Ms Bedi on Thursday declared as “null and void” the circular issued by chief minister V. Narayanasamy banning the use of social media for official communication. She tweeted, “If Puducherry has to be a progressive Union Territory it cannot be retrograde in communications. Hence @CM_Puducherry’s order stands cancelled.”

Mr Narayanasamy had issued the circular even as Ms Bedi was pushing with her plan to promote WhatsApp communication by officials. The government circular, dated January 2, had said the chief minister had directed all the officers, heads of departments and employees of government-owned undertakings to immediately desist from using the social media such as Twitter, WhatsApp and Facebook. It had added that the servers of these multi-national companies were based outside the country.

Ms Bedi had recently created a WhatsApp group for exchange of information and details of implementation of various government schemes. An officer on special duty at Raj Nivas is the administrator of the group. An officer had accidentally posted an “obscene” video clip on the WhatsApp group. He was later suspended by Ms Bedi. The government’s circular was seen as a counter to this act. A case under the Information Technology Act had been registered against the official, A.S. Sivakumar, following a complaint from the officer on special duty at Raj Nivas.

PWD minister and Puducherry Congress chief A. Namassivayam had questioned Ms Bedi’s decision to suspend the officer, adding that the L-G had “failed to follow proper procedure.” On the other hand, the chief minister has been maintaining that there was a clear demarcation of powers and subjects between the lieutenant-governor and his council of ministers. He had said, “Such demarcation is seen in the Constitution of India, the Government of Union Territories Act, 1963 and the Conduct of Business Rules.”

Hitting back Bedi said her “responsibility as Administrator of Puducherry is to keep the administration in a fine shape as the Union Territory has a high percentage of literacy and offers a vibrant scope for development.” The row has the all the makings of an ugly spat between the Congress government and the LG.