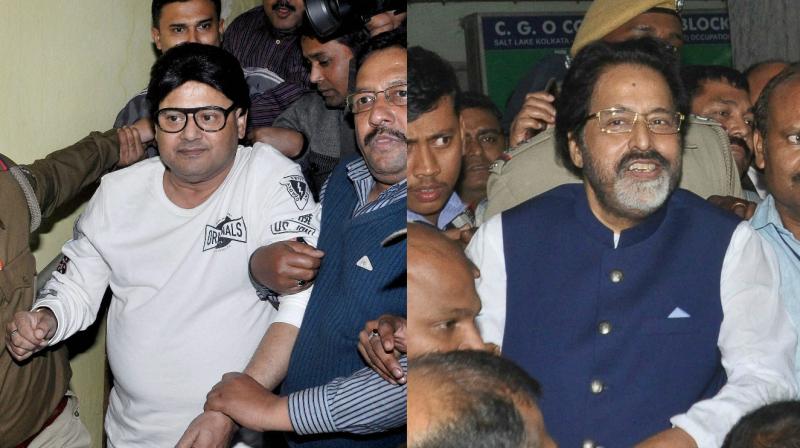 Bhubaneswar: The arrest of two top Trinamul Congress MPs — Sudip Bandyopadhyay and Tapas Paul — by the CBI in connection with the Rose Valley Group chit fund scam has sent shivers down the spine of many leaders of the ruling BJD in Odisha.

Sources said the CBI on Wednesday night grilled Mr Bandyopadhyay and Mr Paul together. During the questioning, the agency also tried to dig out the connections of the BJD leaders with the Rose Valley Group. Besides, it also strove to know where the money collected from depositors was invested.

Rose Valley Group has allegedly swindled Rs 450 crore from Odisha investors. Sources said a few ministers of Odisha and some MLAs are under the CBI scanner and they would be summoned for questioning soon.

The CBI had earlier served notice to Odisha food supplies and consumer welfare minister Sanjay Kumar Das Burma to explain his alleged “links” with the AT Group headed by Pradip Sethy. Mr Burma, instead of his personal appearance, furnished his replies to the agency through one of his relatives.

Meanwhile, giving in a new twist to the case, senior Congress leader Mohammed Moqim on Thursday alleged that Debasis Samantaray, the BJD MLA from Barabati, was actively working for Rose Valley Group in Odisha.

Reacting to the development, Mr Samantaray said Mr Moqim’s allegation is politically biased and hence it carried no substance. “Mohammed Moqim is a person with criminal antecedent. His remark is politically biased. If the Congress has got any evidences against me, let it present before the CBI,” he said.