In a letter, Shiv Sena's Kishore Tiwari has asked RSS chief to step in, alleging that BJP was not following 'coalition dharma'. 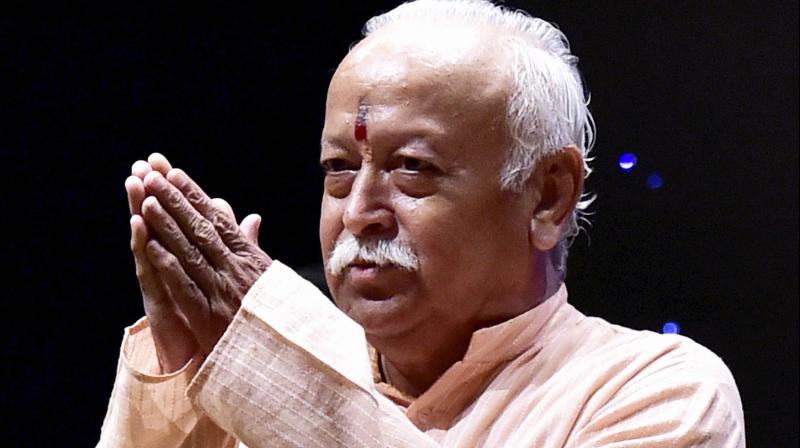 There has been no response from the RSS yet. (Photo: File)

Mumbai: Amid the ongoing power tussle in Maharashtra, the Shiv Sena has now appealed to the Rashtriya Swayamsevak Sangh -- the ideological mentor of the BJP -- to resolve the deadlock.

In a letter, Shiv Sena leader Kishore Tiwari has asked RSS chief Mohan Bhagwat to step in, alleging that the BJP was not following "coalition dharma". Therefore, the RSS "should intervene and resolve the issue," the letter added.

“I have written a letter to RSS chief Mohan Bhagwat to initiate and send Nitin Gadkari for negotiations. Nitin Gadkari will be able to resolve the situation within two hours,” Tiwari said as quoted by news agency ANI.

After the state Assembly election results were declared, the Shiv Sena claimed that the BJP had agreed to a 50-50 demand, which would mean a rotational system for the Chief Minister’s post and half of the state’s ministerial berths.  There has been no response from the RSS yet.

The Shiv Sena had refused to back down from its demand, even though the BJP has made it clear that it would not share the top post. Even after a meeting between Chief Minister Devendra Fadnavis and BJP chief Amit Shah, the BJP has not issued response.