KTR said that the people of Huzurnagar have given a fitting reply to the false propaganda of the opposition parties. 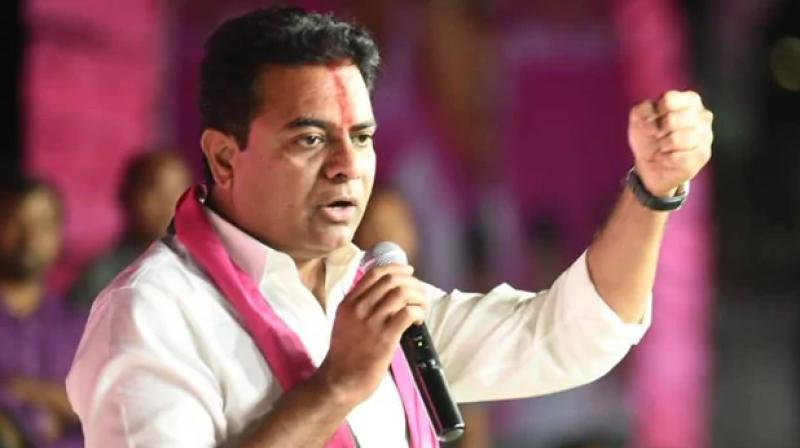 Hyderabad: Victory in the Huzurnagar by-elections acted like a tonic and infusing new energy in the Telangana Rashtra Samithi (TRS), the party's working President KT Rama Rao said on Monday.

"This victory is like a tonic which has brought in new energy into the party," Rao said after a meeting with ministers, MLAs, MPs and other public representatives who worked for the party's victory in the bypoll.

He said that people had reposed their faith in Chief Minister K Chandrashekar Rao's governance and leadership and the bypoll victory was a testimony for the same.

KTR said that the people of Huzurnagar have given a fitting reply to the false propaganda of the opposition parties. "With this election, people now know the strengths of each party in the state," he said.

He said that people have rejected the Congress party in Huzurnagar which was their bastion and also Telangana Pradesh Congress Committee President's own constituency.

Rao said that the earlier victories registered by the BJP in the parliament elections were just a fluke and the party did not have any credibility among the people here.

"An independent candidate whose election symbol looked similar to that of the TRS party's symbol won more votes than the BJP," he said.

"We will show our gratitude to the people of Huzurnagar by fulfilling all the promises made by the TRS party during the by-elections," said KTR.

He also directed the MLAs to come up with a plan of action and take up the responsibility of leading the party towards victory in the upcoming municipal elections.