Andhra Pradesh CPI secretary in a press release demanded the government should clarify the motive behind the transfer. 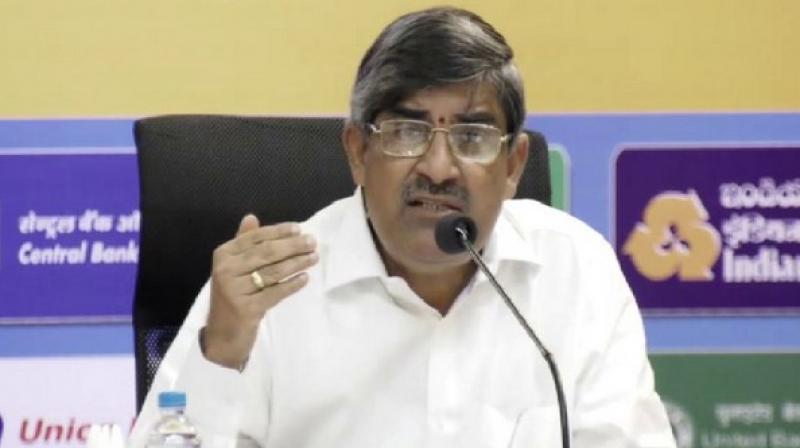 The transfer was done on the basis of orders issued by Praveen Prakash, Principal Secretary (Political) to the government. The move of transferring the boss of bureaucrats by one of the IAS officers is viewed in bureaucratic circles as unprecedented.

Chief Secretary Subrahmanyam had reportedly served a show-cause notice to Praveen Prakash for altering the business rules of All India Services officers and issuing some government orders superseding the Chief Secretary. The Principal Secretary was asked to answer the notice within two days.

The chief secretary has only five months of service.

TDP deputy floor leader in AP Assembly K Atchen Naidu opined that Subrahmanyam was transferred because he did not obey orders and instead questioned the officers at the Chief Minister's Office (CMO).

Former minister Somireddy Chandramohan Reddy commented in a tweet that it was a return gift to LVS who wanted a TDP defeat during the recent elections.

Andhra Pradesh BJP president Kanna Lakshmi Narayana tweeted that "the sudden transfer of AP Chief Secretary is evidence of the height of dictatorship of the chief minister."

"Transferring the officers working with commitment in such an insulting manner is outrageous. In YSRCP rule, not only the administration but even the government machinery is going in the reverse direction" the tweet read.

The former chief secretary of AP and BJP leader IYR Krishna Rao tweeted that "though the CM has the power to remove the Chief Secretary, the manner of removal is not proper. The CMO without responsibilities and with power is becoming a noose to the CMs. It is much atrocious in case it is a gift for him for standing staunch in attempt to remove non-Hindus from temples."

Jana Sena Party chief Pawan Kalyan at an event in Visakhapatnam enquired about the reason behind Subramanian's transfer. "Something happened backstage in this and LV Subramanian transfer case," he said.

Andhra Pradesh CPI secretary in a press release demanded the government should clarify the motive behind the transfer.

He said: "Although the CM has the prerogative to change the CS; present transfer without any reason is raising many suspicions. Is it the differences of opinion between the IAS officers; or clashes with the CM himself; or is there any other reason that led to the transfer of the CS that the state government must clarify."