A political resolution was adopted at the state executive meeting to corner the government over the series of issues. 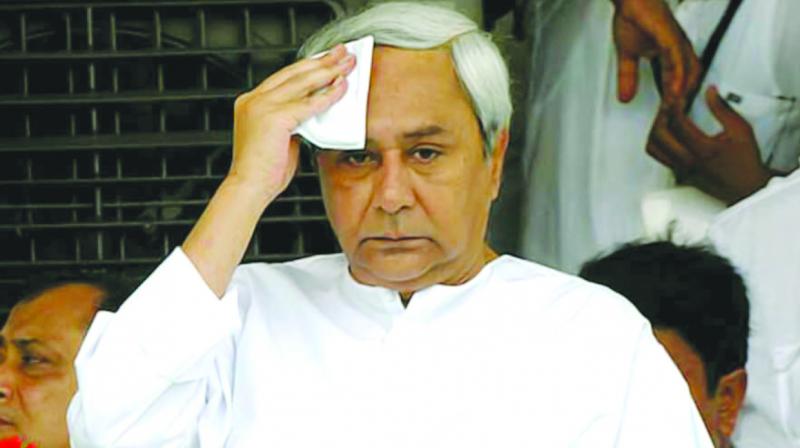 Bhubaneswar: Bent on keeping the ruling BJD in Odisha always on the tenterhooks till 2019 Assembly elections, the BJP has launched a number of political activities in the state in the recent times, forcing the leaders of the regional outfit to redraft their strategies to checkmate the saffron party.

A day after the BJP announced protest rallies across the state from October 12 to 18 against alleged graft and percentage commission (PC) culture in the state government, the BJD leaders on Wednesday huddled up at chief minister and BJD president Naveen Patnaik’s residence and deliberated for hours how to foil the ambitious design of the saffron party.

Although the leaders did not divulge details about the plans discussed in the meeting, sources said all the leaders agreed not to allow the BJP to poach its dissident leaders and thereby create instability in the party.

Besides, they also agreed to reach to every booth in the state to counter BJP’s “Mo Booth Sabuthu Majbhoot” (my booth, is the strongest one) programme under which the saffron party has established links with its workers at 36,000 booths.

“Today, we discussed about how to strengthen our party at the grassroots. Besides, we also deliberated on how to win the Bijepur assembly bypoll,” said minister Prafulla Mallick. On Tuesday, the BJP had announced to launch protest rallies across the state from October 12 to 18.

“Whether it is a series of bridge collapse in Odisha, PC practice in various departments especially the Works and Irrigation, held by chief minister Naveen Patnaik, poor constructions and corruption in National Food Security Act (NFSA), we will fight against it,” BJP state general secretary Prithviraj Harichandan had declared after the BJP state executive meeting.

A political resolution was adopted at the state executive meeting to corner the government over the series of issues.