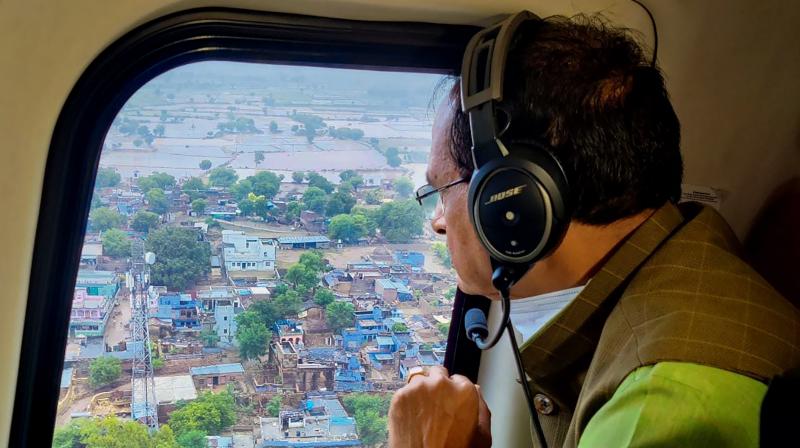 Bhopal: The flood situation in Gwalior-Chambal region of Madhya Pradesh continued to remain grim on Wednesday. As many as 11 people have been killed so far and thousands are trapped in villages. State revenue minister Govind Singh Rajput told reporters here that death  of 11 people in rain-related incidents has been reported.

The flood situation in seven districts in Gwalior-Chambal region worsened further on Wednesday with the overflowing Sindh river marooning hundreds of villages and washing away roads and bridges in the area.

“Army has been deployed in rescue and relief operations in the region. Besides, NDRF and SDRF teams are engaged in rescue operations. IAF helicopters are also evacuating stranded people”, Chief Minister Shivraj Singh Chouhan who made an aerial visit of the flood-affected areas said.

Home minister Narottam Mishra also experienced the rain fury. He got stranded when the boat carrying him to flood-hit Kotra village in Datia district developed a glitch while trying to move out local residents, an official said, adding that Mishra was rescued by the IAF.