Sitharaman announced that a woman in every SHG will be made eligible for loan upto Rs 1 lakh under the government's Mudra scheme. 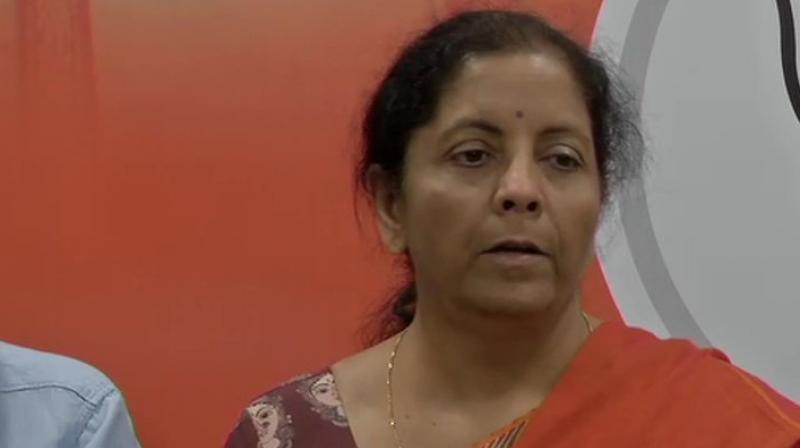 Hailing the contribution of women in the Indian economy, Finance Minister Nirmala Sitharaman on Friday termed their role in the rural sector a 'sweet story'. (Photo: File)

New Delhi: Hailing the contribution of women in the Indian economy, Finance Minister Nirmala Sitharaman on Friday termed their role in the rural sector a "sweet story".

Sitharaman announced that one woman in every self-help groups (SHG) will be made eligible for loan upto Rs 1 lakh under the government's Mudra scheme.

"I draw attention to the women of India, 'Naari tu Narayaani'. This Government believes that we can progress, with greater women participation. In India's growth story, particularly in the rural economy, the role of women is a very sweet story," she said while presenting the Union Budget for 2019-20 in Parliament.

"This government firmly believes, particularly in the last decade, India's women's role is distinct. The recent election has shown record turnout of women voters at par with men. We have also a record number of 78 women MPs in the house. This reinforces our approach of going beyond just women-centric policy making to building women-led initiatives and movements," she said.

Quoting a letter of Swami Vivekanand to Swami Ramakrishnanada, she said that there is no chance for the welfare of the world unless the condition of women is improved.

"This government has supported and encouraged women entrepreneurship through various schemes such as Mudra scheme, Startup India and self-help group support. In order to further encourage women enterprises, I propose to expand the Women SHG interest subvention programme to all districts in India," Sitharaman said.

"Every verified SHG member, having a Jan Dhan bank account, and overdraft of Rs 5,000, shall be allowed. One woman in every SHG will also be made eligible for loan upto Rs 1 lakh under Mudra scheme," she said.