The reality is that Modi's 'Atmanirbhar' idea is merely a slogan like innumerable others, said Kapil Sibal 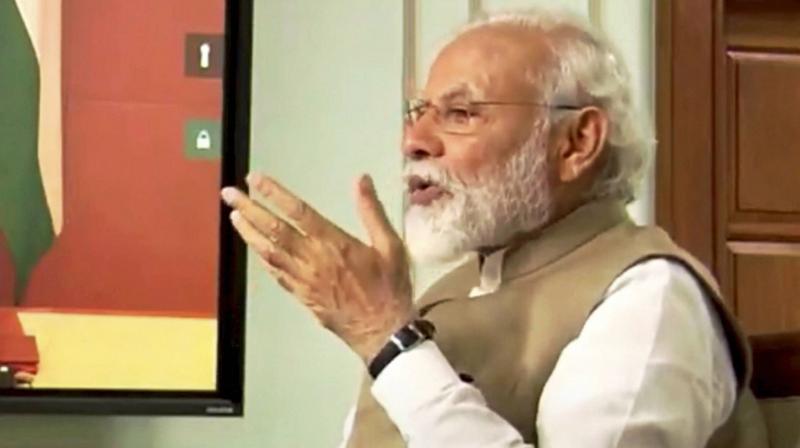 New Delhi; The Congress on Friday dubbed Prime Minister Narendra Modi's "vocal for local" call and the economic stimulus package to make the country self-reliant as yet another jumla to divert the attention of the people from "real issues".

Addressing a virtual press conference, senior Congress leader Kapil Sibal asked how can India become self-reliant till it creates innovation and intellectual property in its universities.

"This is an act of self deception. This is another 'jumla' (rhetoric) that you sell to the people of the country," he said.

"We are only manufacturing 'jumlas', statements and slogans. That is the only thing we make in India and we are masters at that under this government," he said, taking a swipe at the BJP-led government.

Sibal said while the prime minister calls for "Atmanirbhar Abhiyaan", his government has failed to help make the poor, the farmers, the migrant workers, the industry or the states to become self-reliant.

Similarly, his exhortation to industry to push 'Made in India, Made for the World', to expand globally, not be dependent on another country in the strategic sector, did not have a clear roadmap as to how this goal should be achieved, the former union minister said.

The Rs 20 lakh crore 'Atmanirbhar' package does not lead to expansion of government expenditure, as it includes measures already announced by RBI and the budget and amounts to less than 1 per cent of GDP, as against 10 per cent claimed by the government, he noted.

"The reality is that Modi's 'Atmanirbhar' idea is merely a slogan like innumerable others," Sibal said.

He also called for private investment in the universities to create innovation and ideas, which he said did not amount to privatisation.