Mamata government will fall on its own: Kailash Vijayvargiya 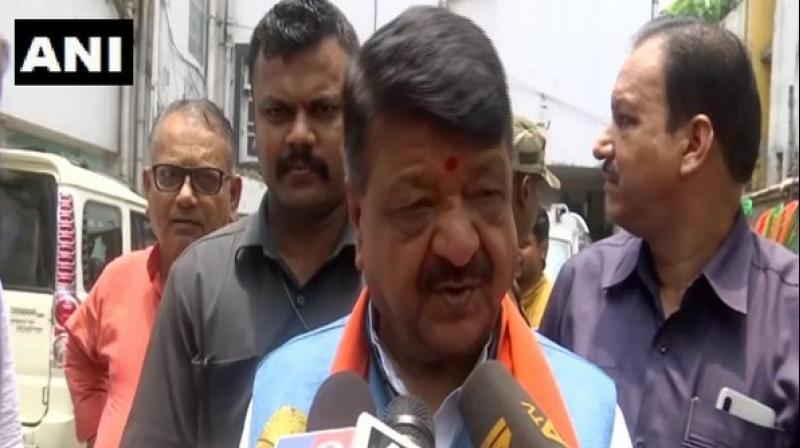 The political battle between BJP and TMC has intensified after the announcement of general elections result. (Photo: ANI)

Kolkata: BJP National General Secretary and the party in-charge for West Bengal Kailash Vijayvargiya has asserted that the Mamata Banerjee-led West Bengal government will "fall on its own" before 2021 - the year when the government's five-year term will officially come to an end.

Speaking to reporters here on Tuesday, Vijayvargiya said, "I don't think Mamata Ji will go on till 2021, saying anything now would be premature, we are preparing for 2021 but this government will fall on its own."

He also dismissed reports on faults in Electronic Voting Machines (EVMs) and said, "She also became Chief Minister with EVMs only. When she is winning then EVMs are good but when she is losing then EVMs are said to be tampered with. She should look at herself, the way she had run an undemocratic dictatorial government. It is a result of these things that they have lost. If they continue, in assembly election they might not even find TMC legislators."

The political battle between BJP and TMC has intensified after the announcement of general elections result. In an election that was marred by violence, the BJP made deep inroads into the Trinamool Congress territory in West Bengal by winning 18 seats in Lok Sabha and cutting the TMC to size by limiting its win to only 22 seats against 34 it had won in the previous Lok Sabha elections.