As Mamata Banerjee is there, the TRP of Ram has gone down and Ma Kali’s TRP is going up. 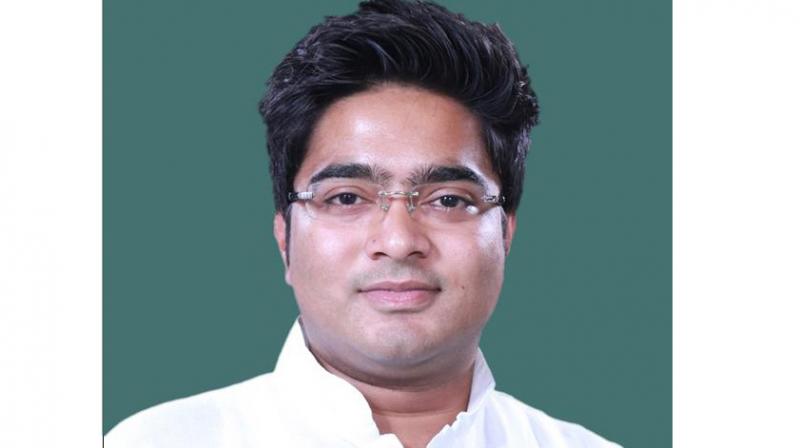 Kolkata: Sending a strong message to the Trinamul Congress after its poor show in the Lok Sabha elections, senior BJP leader Kailash Vijayvargiya on Tuesday declared that Union home minister Amit Shah, who is also the BJP president, would end the “misrule” by Mamata Banerjee’s government in West Bengal “soon”. He underlined that Mr Shah’s leadership had put the BJP on the path of victory in the state in just four years, which he once thought would take a decade.

Mr Vijayvargiya also said BJP workers would soon add the slogans of “Jai Mahakali”, “Jai Hind” and “Jai Bangla” along with “Jai Shri Ram” to rub more salt into the Trinamul chief’s wounds in wake of the TMC drubbing. Countering him, two-time Trinamul MP Abhishek Banerjee claimed that the “TRP of Ram has gone down”.

Addressing a party meeting at Maharastra Niwas, Mr Vijayvargiya said, in remarks directed at the Trinamul chief: “You have faith neither in India’s Constitution nor the Central government. You are not even ready to accept the country’s Prime Minister. You do not accept the federal structure. If there is any rule, that is Mamata rule. Whatever Mamata will say is correct. Nothing else is trustworthy. That is why I think she has a little mental disorder because she cannot digest this massive victory of the BJP.”

He added: “Our PM assured the people of this state that the BJP would come to power here and it would end the violence. West Bengal will become peaceful. His resolve will be fulfilled when the BJP forms the government here. We are fortunate Narendra Modi is our PM and a person like Amit Shah is the Union home minister, apart from being party chief, who will work to end the anarchy here.”

The BJP leader recalled: “When Mr Shah gave me the task of West Bengal, I came here and travelled. Later he called us to a meeting where I told him: ‘Amitbhai, an agenda of at least 10 years will have to be made to win West Bengal. We cannot win West Bengal before 10 years.’ Amitbhai asked: ‘10 years? Who will have such a long time? After the meeting, he gave us directions. Not only that, he also came personally. You can see we now got the victory in just four years which I thought would take 10 years. The credit goes to Mr Shah’s leadership.”

Dissmissing Ms Banerjee’s allegation of communal slogans, Mr Vijayvargiya said: “We have no problem in chanting ‘Jai Mahakali’ or ‘Jai Hind’ or even ‘Jai Bangla’ slogans. Jai Hind is in our veins and Jai Shri Ram is in our hearts.” He, however, directed the party workers to behave humbly with the public.

“Mission Bengal is yet to be over. We should not raise our collars. We have to be humble to the people who are watching us. We must not be arrogant. When people have given us votes, it means they have given us responsibilities. We have to live up to their expectations and work harder for them,” he added.

Taking a dig at him, Mr Banerjee, the chief minister’s nephew, later claimed: “They declared they would now say ‘Joy Ma Kali’ along with ‘Joy Shri Ram’. A cat does not ride a tree if not panicked. As Mamata Banerjee is there, the TRP of Ram has gone down and Ma Kali’s TRP is going up.”