Union home secretary Rajiv Gauba and senior Kashmir division officials in the ministry were present at the briefing. 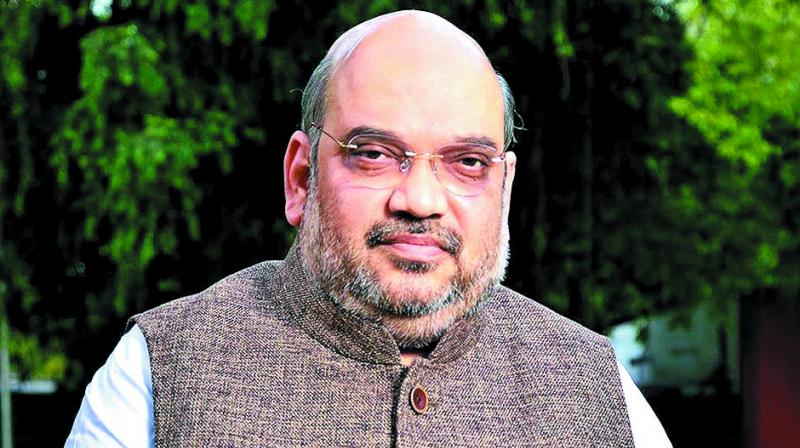 New Delhi: In a clear sign of who is number two in the Narendra Modi government, Union home minister Amit Shah on Tuesday chaired a meeting of senior Cabinet colleagues to discuss the disruption of crude oil supplies from Iran in view of the new American sanctions and its possible impact on the Indian market.

Apart from the serious discussions on the subject, the big takeaway from the meeting was the strong imprint that Mr Shah left about his authority and stature in the Union Cabinet.

The fact that Mr Shah headed the deliberations sent out a clear signal that he is increasingly going to exercise the powers of a de facto “deputy prime minister” by calling other ministers for meetings at his office — a privilege that is conventionally enjoyed only by the Prime Minister.

While it is common for the government to go into a huddle on crucial issues, what was unusual about the meeting was the fact that the home minister chaired the discussions on issues relating to petroleum, inflation and foreign affairs. Tuesday’s meeting lasted for over an hour and saw discussions on various aspects related to crude oil imports from Iran and ways to escape the US sanctions.

Sources said the government was working on a detailed plan on dealing with the issue as India relies heavily on foreign oil imports, particularly Iran, to meet its energy demands.

The US had earlier given a six-month waiver to eight nations, including India, China, Japan and South Korea, for exemption from the November 4, 2018, deadline for stopping Iranian oil imports completely. The US had then set that deadline for countries across the globe to either fall in line or face sanctions.

Recently, the Donald Trump administration decided not to extend the six-month waiver that ended on May 2. Sources claimed a final decision on dealing with imports of crude oil would be taken keeping in view commercial considerations, energy security and economic interests.

“Efforts will be made to strike a balance to ensure no additional financial burden is imposed on the oil import bill,” he said.

Apart from talks on oil imports, Mr Shah had a busy day in office with a detailed presentation given to him on the situation in Jammu and Kashmir, where the BJP has been pushing for carrying out a delimitation exercise ahead of the state Assembly elections. Sources said that the delimitation exercise in the troubled state was high on the agenda of the ruling BJP as it expects that the redrawn boundaries of Assembly seats will yield rich electoral dividends for the party in the Assembly polls.

During the presentation on Tuesday, the home minister was briefed about security arrangements for the annual Amarnath Yatra, due to begin on July 1, a home ministry official said. Mr Shah is likely to visit the state soon, he said.

Union home secretary Rajiv Gauba and senior Kashmir division officials in the ministry were present at the briefing.

Jammu and Kashmir has been the prime focus of the ruling BJP which, in its manifesto, had declared once it was elected to power it would work for the abrogation of Article 370, which gives special powers to J&K, and annulling Article 35A, that gives special rights to the state’s people.

The demand for the delimitation exercise in Jammu and Kashmir was first raised by the BJP in 2008 during the Amarnath land row.