JKLF chairman Mohammad Yasin Malik was taken into preventive custody and lodged at a police station in Srinagar. 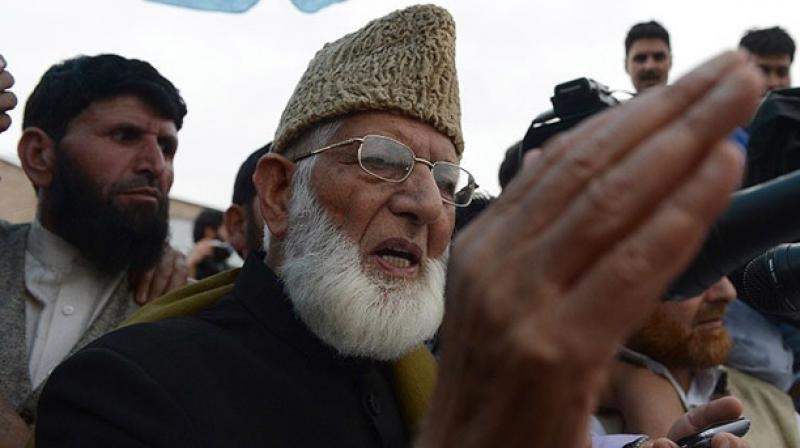 A posse of police personnel were posted outside Geelani's residence at Hyderpora where the separatists leaders were to hold a meeting and later address a press conference, a police official said.

He said no one was allowed to enter Geelani's residence.

"Mirwaiz has once again been put under arrest since late last evening. He was to attend the joint resistance meeting at veteran leader Geelani's residence today," a Hurriyat spokesman said.

"The anti-Kashmiri state resorted to its usual tactic of curbing the leadership, once again showing that Kashmir is ruled by the forces' might," he added.

JKLF chairman Mohammad Yasin Malik was taken into preventive custody and lodged at a police station in Srinagar.

The meeting was convened by the separatists to discuss the NIA raids on several of their second rung leaders as part of crackdown on funding street protests and businessmen suspected of carrying out hawala operations.