Earlier in the month of September 2018, two pilot projects of 'smart' border fencing in Jammu were operationalised. 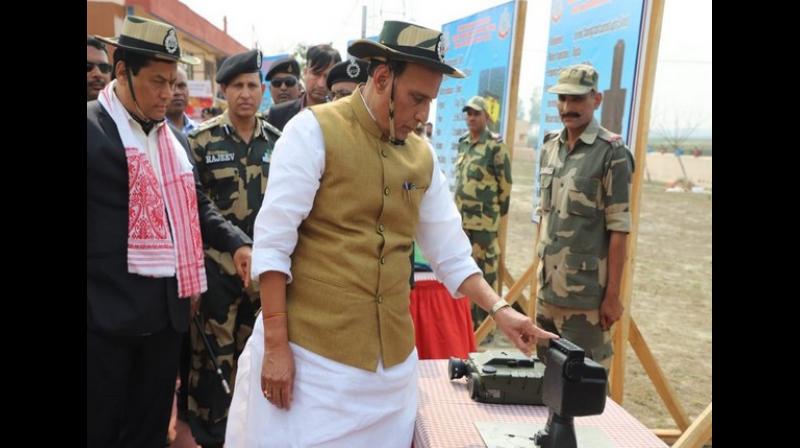 While addressing the media, Singh said, “Earlier in the month of September 2018, two pilot projects of “smart” border fencing built under the CIBMS programme in Jammu were operationalised. Over a period of time, the complete border will be covered.”

He further said, “At Dhubri, where BOLD-QIT project has been implemented along riverine border, it was not feasible to construct border fencing. The 61 kms of the border area in Dhubri where River Brahmaputra enters into Bangladesh consists of vast char lands and innumerable river channels. Thus, it makes border guarding in this area a challenging task especially during rainy season.”

To address these issues, the Ministry of Home Affairs (MHA) has decided to use technological solutions to enhance capabilities of manpower of Border Security Force (BSF) deployed on the ground, he added.

So far, two pilot projects covering about 71 Kilometres on Indo-Pakistan Border (10 Kms) and Indo-Bangladesh Border (61 Kms) of CIBMS have been completed. However, Stage-II and Stage-III covering about 1955 Kms of the border which cannot be physically fenced are underway.

With CIBMS project, MHA aims to improve the capability of BSF in detecting and controlling the cross border crimes like illegal infiltration, smuggling of contraband goods, human trafficking and cross border terrorism. It involves deployment of a range of state-of-the-art surveillance technologies to ensure the electronic surveillance of borders.