A high-level BJP delegation submitted a memorandum to the poll panel to highlight instances that show that the TMC “does not believe in democracy”. 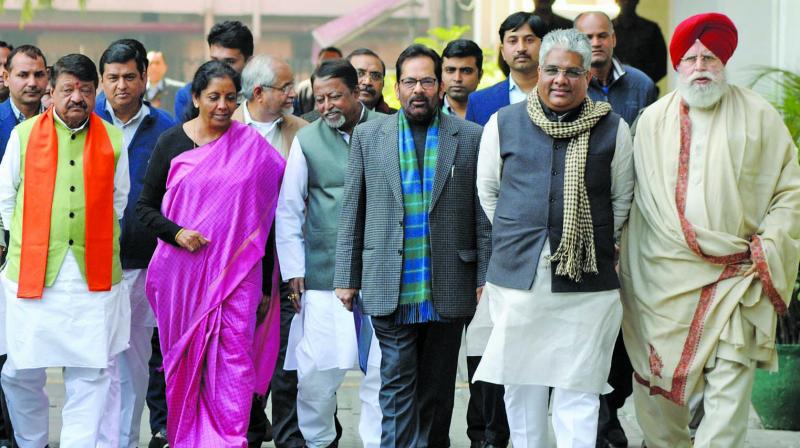 New Delhi: Accusing Mamata Banerjee led TMC government in West Bengal of not allowing its programmes in the state, the BJP on Monday sought the Election Commission’s intervention for “free and fair” Lok Sabha polls in the state.

A high-level BJP delegation submitted a memorandum to the poll panel to highlight instances that show that the TMC “does not believe in democracy”.

The BJP claimed that the TMC is “rattled”  with its growth in the state and is the reason of restricting the saffron party’s programmes and even not allowing some of its rallies.

“Instances we highlighted (in the memorandum) point out that TMC doesn’t believe in democracy.....The party which is ruling in the state and its supporters are out in the open to ensure that no other political party gets permission to carry out its legitimate activities ahead of the polls,” said Defence minister Nirmala Sitharaman, who was part of the delegation.

Ms Sitharaman said the state officials are “in cahoots” with the ruling party to target the BJP by delaying permissions for events for which permissions were sought three to four days ago.