BJP claims that these incidents of violence have been carried out by state sponsored goons and cadres like DYFI and SDPI. 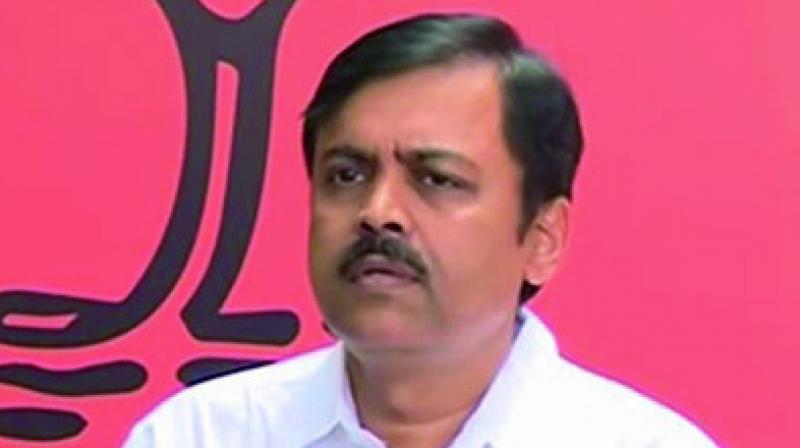 New Delhi: The BJP on Saturday alleged that the violence around the Sabarimala temple in Kerala was unleashed by the LDF government in the state, which, instead of dealing with it in a sensible way, had wreaked havoc, resulting in the devotees being hurt and even killed.

The saffron party also said the Sabarimala issue was about Hindus and not about the ruling party. "All this has been done by the CPI(M) goons with the full authority and support of the state government. The CPI(M) has a history of unleashing violence against the RSS-BJP cadre, but today, they are not even sparing the devotees. The state government is using the cadres of the DYFI, the SDPI and this is state-sponsored violence being unleashed. A devotee was killed two days ago and a bomb was hurled at the ancestral home of one of our MPs," Bharatiya Janata Party (BJP) national spokesperson GVL Narasimha Rao said.

He further said the agitations at the Sabarimala temple were not political in nature, but peaceful protests to uphold the traditions of the shrine. "This is an issue of devotees, not an issue of the BJP. This is an issue concerning the Hindu society," Rao added.