In Goa, the AAP has named former inspector general of prisons, Elvis Gomes, as the party’s CM candidate. 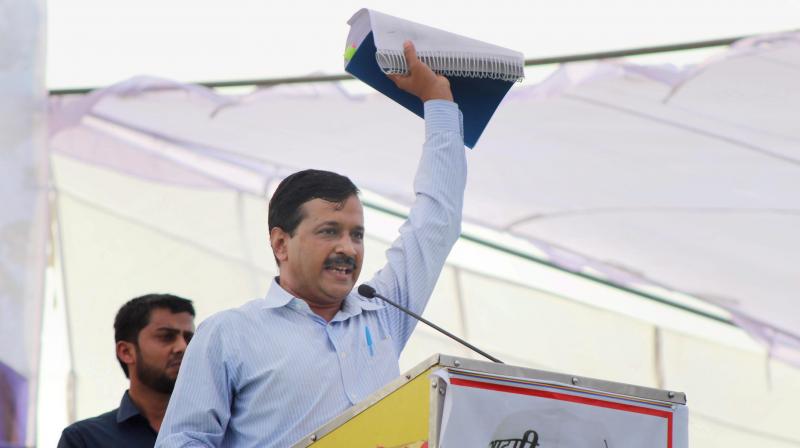 New Delhi: Aam Aadmi Party supremo and Delhi CM Arvind Kejriwal said on Wednesday that his party has no objection to Punjab and Goa going to the Assembly elections on the same day, February 4. AAP, which is also contesting Assembly polls in Gujarat, is trying to shed the regional party tag and emerge as an alternative to both the Congress and BJP.

Mr Kejriwal said the people were waiting for the announcement of the polling schedule for a long time to bring AAP to power in these two states. Talking to the media in Chandigarh, he said: “Now people will openly support and work for the AAP in Punjab and Goa. We don’t mind even if elections are held tomorrow.”

Mr Kejriwal, who is campaigning extensively in Punjab, said the people of the state are getting impatient to root out the Akali-BJP coalition and want to bring in an “honest” AAP to power and rid the parties associated with drug menace and corruption.

Mr Kejriwal, however, made it clear that his party won’t name any chief ministerial candidate in Punjab, which along with Goa, would vote on February 4. He said a new CM would be elected by legislators after the polls.

In Goa, the AAP has named former inspector general of prisons, Elvis Gomes, as the party’s CM candidate. The AAP leader also claimed his party was poised to win more than 100 of the 117 seats in Punjab. “The countdown has started for the ruling parties in Punjab and Goa.”

Rubbishing reports that AAP had issues with the EC announcing polls on the same day in the two states, AAP national spokesperson Ashutosh said his party is fully prepared to take on its rivals.

Ever since the AAP won the Delhi Assembly elections, Mr Kejriwal has raised serious objections over the functioning of Prime Minister Narendra Modi.

He has time and again raised questions against Mr Modi’s academic qualification, levelled serious corruption charges against him and mounted a spirited attack at his government over the demonetisation.