The notice, submitted to Rajya Sabha chairperson, has been signed by 16 parties. 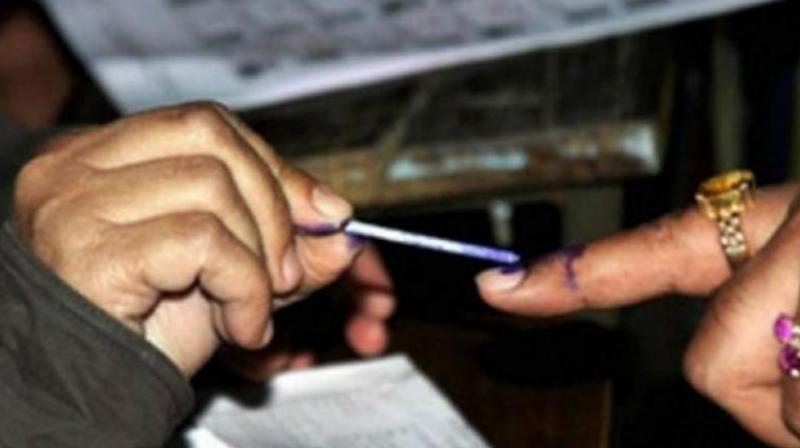 The EC had later indicated that it would work toward a “satisfactory solution” to the Opposition’s suggestion.

New Delhi: Opposition parties have given notice in the Rajya Sabha for a discussion on electoral reforms with the focus on returning to ballot papers in the polls.

The notice, submitted to Rajya Sabha chairperson M. Venkaiah Naidu, has been signed by 16 parties and demands a short-duration discussion under rule 176 of parliamentary procedures.

The parties that have signed the notice include the Indian National Congress (INC), Trinamool Congress, DMK, RJD, Nationalist Congress Party (NCP), Shiv Sena, BSP, AAP, PDP, CPI, CPI (M), TDP, TRS MDMK and Samajwadi Party (SP). Although notice has been given under the broad heading of “Electoral Reforms for Free and Fair Elections”, the parties have agreed amongst each other that the focus needs to be on a return to ballot papers.

Electoral bonds is another issue which the parties want to raise, sources told this newspaper.

“We do not expect the matter to come up this week, but would certainly expect that it is taken up next week,” a senior Opposition leader said, adding that the parties are likely to meet Mr Naidu and urge him to list the matter fast.

The issue of returning to ballot papers has been raised time and again by the Opposition but any talk of fault in the electronic voting machines (EVMs) has been dismissed by the ruling government.

At an all-party meeting hosted by the Election Commission (EC) last year, the Congress-led alliance of several parties had demanded a return to ballot paper for the 2019 Lok Sabha elections.

The Bharatiya Janata Party and its allies, however, had opposed it. The EC had later indicated that it would work toward a “satisfactory solution” to the Opposition’s suggestion.