The minister demanded the immediate arrest of those involved in beating her son. 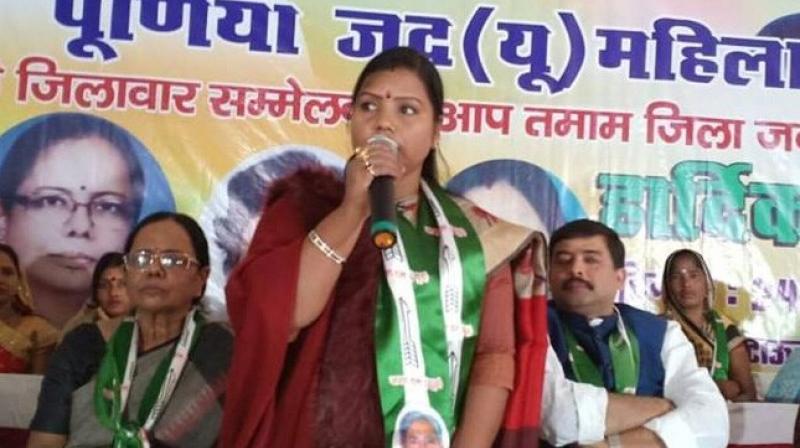 Bihar Sugarcane Industries minister Bima Bharti's son Raj Kumar and his cousin Sanjay Kumar were beaten up by a group of people near Bhatgama village of the district. (Photo: Facebook/ Bima Bharti)

Madhepura: A Bihar minister's son was beaten up by a group of people in Madhepura district in the early hours of Sunday, police said.

Bihar Sugarcane Industries minister Bima Bharti's son Raj Kumar and his cousin Sanjay Kumar were beaten up by a group of people near Bhatgama village of the district, Superintendent of Police, Sanjay Kumar said.

Both have been admitted to Chausa primary health centre for treatment, police said adding that an FIR has been lodged.

As per the FIR, Raj Kumar was returning to his home after dropping his friend at Sripur village when three persons stopped his SUV and thrashed him and his cousin with the butt of a revolver.

Raj Kumar alleged in his complaint that he was thrashed by relatives and men of Sushil Yadav, a former village head.

The minister demanded the immediate arrest of those involved in beating her son. She also demanded that strict action be taken against the culprits.

"Is it the way a child is beaten up? Is there any ban to drive a vehicle on the road?," Bharti, a JD(U) MLA from Rupauli in Purnea district told reporters.