Maharashtra, Karnataka proposes to buy land in J&K for tourism

Maharashtra CM has also contacted J&K Governor Satya Pal Malik regarding the investment in the region. 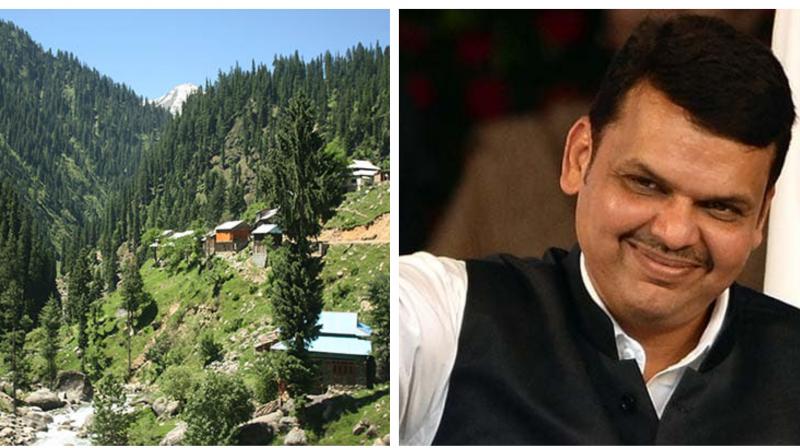 According to sources, the state government has proposed to build one tourist resort in Pahalgam in Kashmir Valley and the other in Leh, Ladakh. (Photo: AFP)

New Delhi: One month after the Centre's decision to nullify Article 370, allowing non-residents to buy land in Jammu and Kashmir, the Maharashtra and Karnataka governments proposed to purchase land in the Union Territories of J&K and Ladakh that will come into effect from October 31.

The Maharashtra government in a letter to the Union Tourism Minister Pralhad Singh Patel offered to open resorts run by the Maharashtra Tourism Development Corporation (MTDC) in both the newly drawn UTs.

According to sources, the state government has proposed to build one tourist resort in Pahalgam in Kashmir Valley and the other in Leh, Ladakh. The resorts are aimed to host tourists going for the Amarnath Yatra and to visit the Vaishno Devi shrine.

In a bid to leverage the move in the upcoming Assembly polls, the government said that soon a land survey would be done to identify the location. Moreover, an announcement for allocating Rs 1 crore for building each resort was made.

Later, Karnataka Tourism Minister C T Ravi tweeted: “While we are focused on improving Tourism Industry in Karnataka, we are also contemplating making an entry into Jammu & Kashmir Tourism. Karnataka’s Art, Architecture, Culture & Traditions can be showcased in India’s Crown, resulting in a win-win situation for both states.”

The CM has also contacted J&K Governor Satya Pal Malik regarding the investment in the region, The Indian Express reported. On Tuesday, Maharashtra Tourism Minister Jaikumar Rawal also announced that he would be visiting the region in the next 15 days for negotiations.