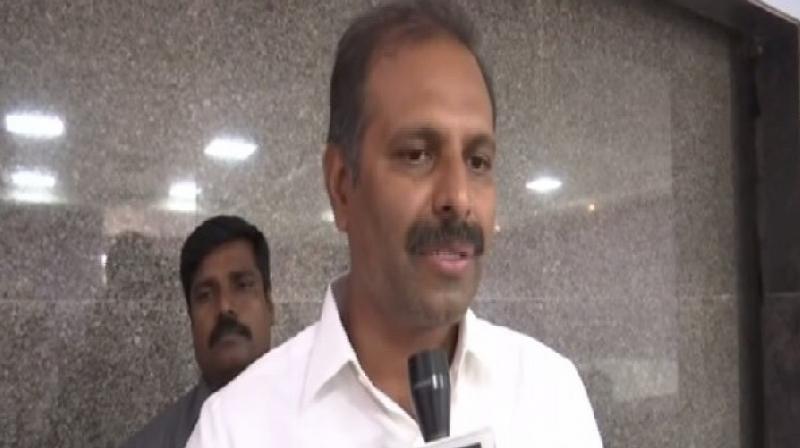 Speaking to media, Gadikota Srikanth Reddy said, ‘Naidu in 2016 claimed that the residence in which he was staying was a government building. Now he and his party claim that the residence is the property of some other private individual.’ (Photo: ANI)

Amaravati: YSRCP leader and Chief Whip in Andhra Pradesh Assembly Gadikota Srikanth Reddy on Thursday mocked former chief minister Chandrababu Naidu and said that the latter seemed to be very confused regarding who owns his residence.

Reddy sarcastically said, "It is only Naidu who knows whether the house in which he is residing, is a private property of third party or his own property or government property."

On June 28, the Andhra Pradesh Capital Region Development Authority (APCRDA) had served a notice to TDP chief to vacate his current official residence.

The notice, issued by APCRDA assistant commissioner Narendranath and two other officials, directed Naidu and his family to vacate the house for demolishing the structure.

Meanwhile, the YSRCP leader also expressed satisfaction with the two-day long orientation program for legislators that concluded today. He recalled that a similar program was conducted in a five-star hotel in Hyderabad during earlier TDP regime, which wasted crores of public money.

He criticized TDP MLAs for not attending the present session of the orientation program, saying "TDP MLAs created a lot of disturbances in the state assembly and that is why they did not attend the program."