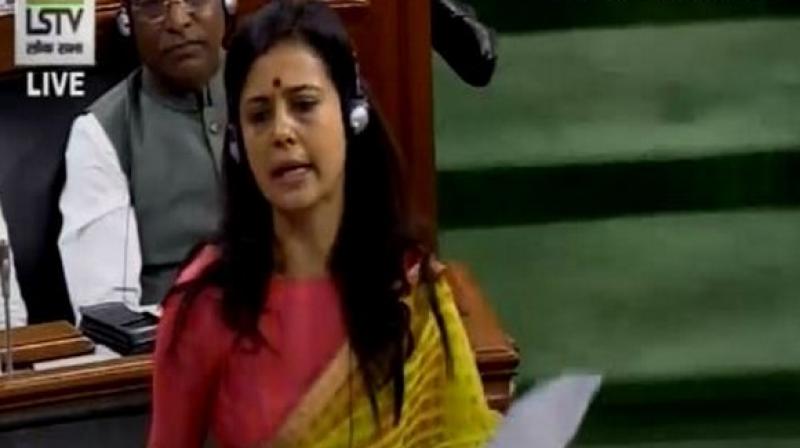 "How can I be debating the bill and be able to give assent for something I am not clear about and which is not transparent about, sir", she said asking for more transparency in the measure during a debate on the bill.

"This bill strikes at the very heart of the primacy of an individual, and privacy of an individual's data. This is what the Supreme Court in their judgement also tried to talk about. There are three very problematic clauses in this amended bill," said Moitra.

"Aadhar has become a way to give information for Pvt entities, my bank who has contracted to me, my telecom provider who has no business getting my biometric information", said the TMC MP.

"I'm giving up my biometric data, my most personal data to a private agency. If Aadhar ecosystem fails you're saying that there are viable means to recourse but I don't know what they are. They haven't been specified," said the TMC MP.

Speaking about section 5 of the bill she stated, "There is no standard of privacy and security today. There is no Data Protection Act. In the absence of data protection, how can you ask me to give up my information to a private agency? This is integral to the Bill, you can't have the cart before the horse. You give us recourse put a viable framework we will give assent there is no problem."

Earlier in the Lok Sabha, the Trinamool Congress MP Mahua Moitra submitted a breach of privilege motion against Zee TV and its editor Sudhir Chaudhary for allegedly falsely reporting her maiden address in the Lower House of Parliament.