Cong has also insulted the Army by asking for proofs of surgical strikes across LoC, by comparing Army chief with a goon, the minister said. 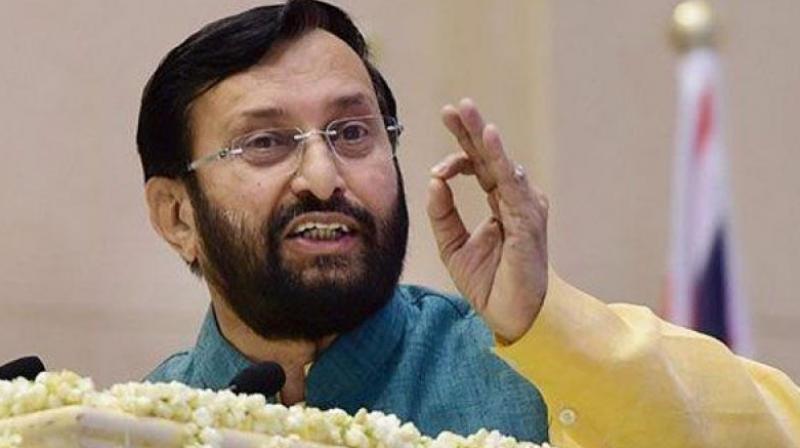 New Delhi: The Congress' criticism of the Centre over the Sino-India border row amounted to ‘politicising a defence matter’ and an ‘insult to our brave soldiers’, Union Minister Prakash Javadekar said on Monday.

It had insulted the Army earlier also by asking for proofs of the surgical strikes carried out by it across the Line of Control (LoC) in Jammu and Kashmir and also when it compared the Army chief with a goon, added the Union human resource development minister.

This ‘attitude’ of the Congress was condemned by everyone, he said. "In desperation, the Congress has stooped so low that it is now politicising the issues related to defence and external affairs," Javadekar said, adding that it was ‘strange’ that the party which ruled the country for 50 years was doing this.

The Union minister is scheduled to visit China to attend a meeting with education ministers of the BRICS (Brazil, Russia, India, China, South Africa) countries.

"We will discuss various issues to improve the quality of education and other related issues. We also want to have a more important role in the UNESCO," he said.

Javadekar will also meet the faculty members and office-bearers of the Beijing University during his two-day trip to China. Expressing concern over the rising incidents of infiltration along the Sino-India border, the Congress said national security was "going through turbulent times".

Unfortunately, it appeared that the government was caught napping, it said, while blaming the Centre for not implementing the accords on the Sino-India border signed by the erstwhile UPA regime.