The BJP has not yet announced its candidate for Gorakhpur, the political turf of Uttar Pradesh Chief Minister Yogi Adityanath. 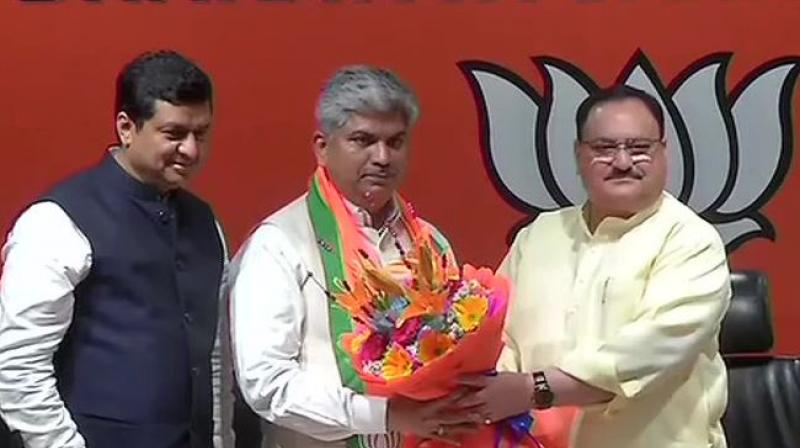 Rapolu was associated with the Telangana movement and had quit the Congress last month. (Image: ANI)

Senior BJP leader and Union minister J P Nadda said both the leaders wield considerable influence in their regions, and that they had joined the party due to their faith in the policies of the Modi government. Rapolu was associated with the Telangana movement and had quit the Congress last month. Praveen Nishad, whose father Sanjay Nishad is the head of the Nishad Party, had emerged victorious in the Gorakhpur by-poll last year, after the SP and the BSP joined hands to take on the BJP. He had contested on a SP ticket.

However, differences grew between Sanjay Nishad and the SP as the Akhilesh Yadav-led party wanted him to contest again on its symbol while he wanted to fight as a Nishad Party candidate, according to him. The BJP has not yet announced its candidate for Gorakhpur, the political turf of Uttar Pradesh Chief Minister Yogi Adityanath. The saffron party may bank on Nishad to reclaim its bastion.