Cong has upped ante over graft allegations against BJP leaders. 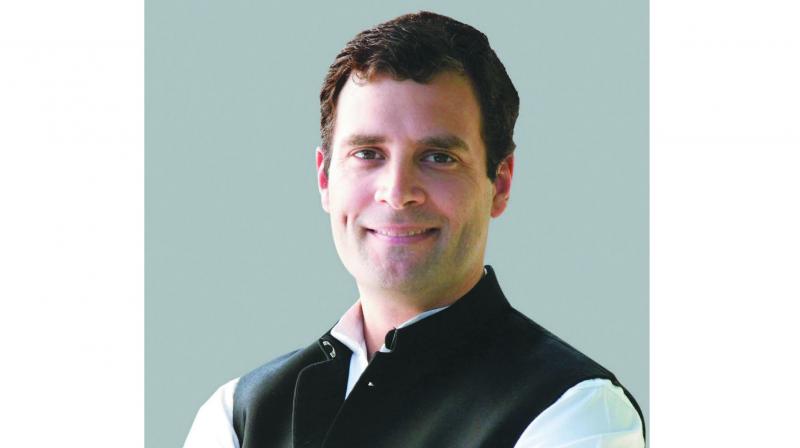 The Congress chief had earlier attacked Mr Jay Shah over the sudden increase in the turnover of his company and Mr Shaurya Doval for “conflict of interest” for allegedly getting funds for the India Foundation, the BJP think tank which is run by him and has several Union ministers and top party leaders on its board.

In the last couple of weeks, the Congress has upped the ante over graft allegations against the BJP leaders. The Congress has also dubbed Nirav Modi, an accused in the multi-crore fraud involving PNB, “Chhota Modi”. The party is also stressing the point that the offenders have fled the country ‘right under the nose’ of the current dispensation.

The Congress president also hit out at Prime Minister Narendra Modi for “not uttering a word” on the alleged atrocities on Dalits and tribals and “dilution” of the SC/ST (Prevention of Atrocities) Act.

His remarks at a public meeting in Shivamogga on the fifth leg of his tour of the poll-bound Karnataka came against the backdrop of violence in northern parts of the country.

“Rohit Vemula is murdered. Dalits are beaten up in Una (Gujarat) but the Prime Minister does not speak a word on it. Atrocities on Dalits and tribals are increasing and the SC/ST Act has been diluted. Modi prefers not to speak a word,” he said.

Rahul compared the status of SC/ST welfare in Karnataka with the Modi government’s actions on the issue.

He claimed that more than half of the money released by the Modi government across the country for SC/ST welfare was being spent by Karnataka itself on the Dalits and tribals.

He also attacked Prime Moinister Modi on the CBSE question papers leak and on the “leak” of assembly election date for Karnataka, saying Modi was silent  on these issues too. Lacing his remarks with sarcasm, Rahul said the Prime Minister wrote a book (Exam Warriors) telling children how to face the exam and also gave a lecture for two hours on how to prepare for exams.

He said children took the advice seriously and prepared for the exam with the help of their parents but when they went to appear for the exam, they were told that the exams were cancelled as the question paper was leaked.