My sister is not interested in politics: Naveen Patnaik

In the last few days, the talk had veered to the possibility of her even taking over as chief minister. 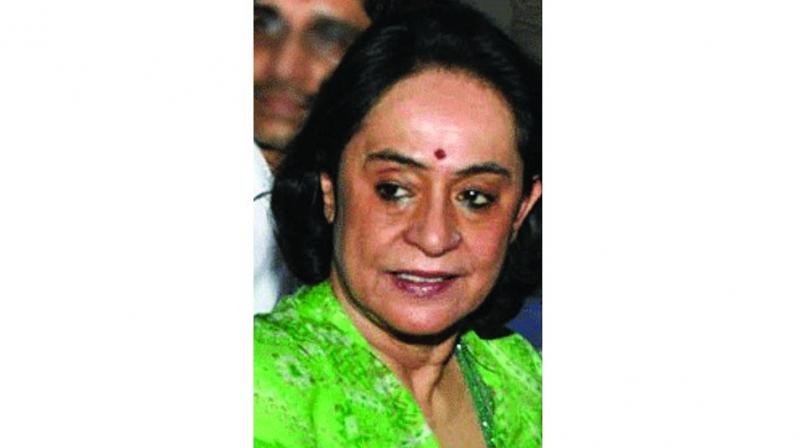 Bhubaneswar: Setting aside all speculations, Odisha chief minister and BJD president Naveen Patnaik on Monday clarified that his sister and noted litterateur Gita Mehta would not be joining politics.

“My sister is not interested in any political positions; not in Rajya Sabha or anything else,” Mr Patnaik said while reacting to media query here.

The CM’s statement has ended the issue that Meheta would replace Bishnu Das in Rajya Sabha. The issue created much hue and cry in the state political circle.

Ever since BJD supremo Naveen Patnaik asked Bishnu Das to resign from the Rajya Sabha, the name of Gita Mehta, his elder sister, was doing the rounds in political circles as a possible replacement for the Jagatsinghpur leader.

In the last few days, the talk had veered to the possibility of her even taking over as chief minister.

Gita’s presence at Naveen Nivas, the residence of chief minister, for a few days now had fuelled the speculation she would take bigger responsibility in the BJD which is facing a tough challenge from the BJP in recent times.

Rumours also ran high in political in circles here that Naveen is sick and he would leave for abroad for treatment, leaving the state administration charge to his sister. The CM, however, strongly dismissed the speculation, saying: “I’m absolutely fit and fine.”

Sources in the BJD said although Gita Mehta would not plunge into active politics, she would assist her brother in setting BJD house in order which now facing a disintegration due to rising popularity of the BJP.

Almost on everyday basis, hundreds of BJD and Congress workers are joining the BJP following the party’s unprecedented success in the recently held rural polls.

The rural polls, which were seen as the semifinal before the 2019 assembly elections, marked the saffron party jumping into second position in the state politics, pushing the Congress to the third slot.

Fearing further dents in the BJD vote bank, Naveen has embarked upon a week-long interaction programme with the newly elected panchayat samiti representatives apparently to get their feedback on the reasons of the party’s debacles in the polls and seek their suggestions to make up for the losses.