Congress party emerged as the single largest party in Meghalaya with 21 seats. 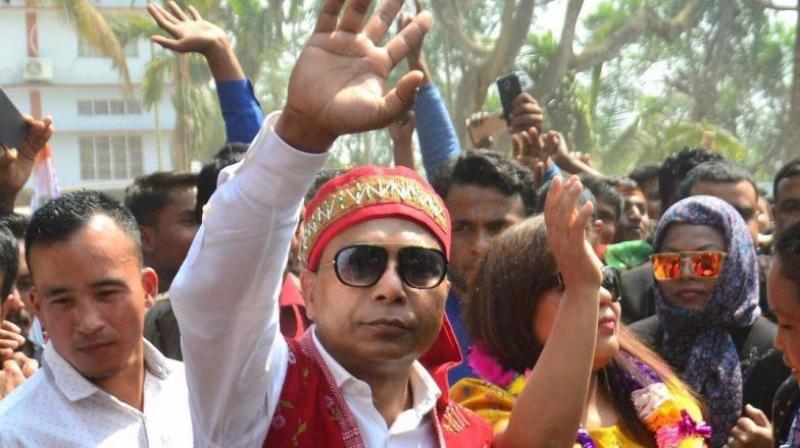 “It is a fractured mandate. Now it is a question of looking at people who would like to look at common agenda acceptable to the state’s people and come together,” incumbent chief minister Mukul Sangma said. (Photo: PTI)

Shillong: After a fractured verdict, senior leaders Ahmed Patel and Kamal Nath on Saturday met Meghalaya governor Ganga Prasad to request him to invite the Congress, which emerged as the single largest party in state, to form the new government.

According to IANS report, Kamal Nath said, “We have already met the governor and handed him a letter to request him to invite the Congress being the single largest party.”

“We will stake claim to form the government. We are already in touch with other political parties. We are confident of forming the new government,” Nath further said.

“The voice of the people should be respected and the BJP winning only two seats has proven that people rejected them,” the Congress leader added.

“It is a fractured mandate. Now it is a question of looking at people who would like to look at common agenda acceptable to the state’s people and come together,” incumbent chief minister Mukul Sangma said.

The Congress, which failed to open its account in Tripura and Nagaland, is trying hard to retain Meghalaya. The party has won 21 assembly seats and is short of ten seats to get an absolute majority in the 60 member assembly.

The National People’s Party (NPP), founded by former Lok Sabha Speaker PA Sangma and now led by his son and lawmaker Conrad Sangma, came second with 19 seats. NPP, which is a partner of the BJP and a member of the NDA, contested the polls on its own.

Also read: Meghalaya: NPP hopeful of forming next govt with help of other parties

The BJP, which had won no seats in 2013, won two this time. Its other ally United Democratic Party won 6 seats. Eleven seats have been won by others and these MLAs will be soldiers of hard-nosed political negotiations in the coming days.