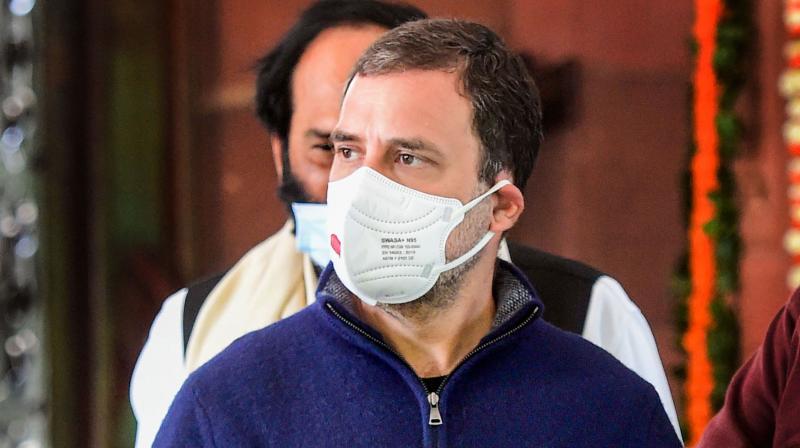 New Delhi: Under immense pressure from the state unit, the Congress high command is expected to soon name its chief ministerial candidate in Punjab. Rahul Gandhi is set to announce the name when he addresses a rally virtually in Punjab on February 6. Several leaders from the state have been demanding that the high command officially declare a CM face for the polls. During Mr Gandhi’s recent visit to Punjab on January 27, he had confirmed that the party will fight the elections with a CM face and a decision would be taken soon, after consulting party workers. The party is seeking responses from Congress leaders and workers through its Shakti app. The party has also sought the opinion of common people on the issue via televoting.

Meanwhile, campaigning in the state for the party remains hampered as infighting and factionalism have ensured that there is no joint campaigning by state unit chief Navjot Singh Sidhu and Punjab CM Charanjit Singh Channi. Insiders claim that most of the senior leaders and star campaigners from the state are restricted to their own constituencies or to those of their close relatives. There is no concerted campaign program that has been put in place yet. Campaign committee chief of the party, Sunil Jakhar, put the party in a corner when he said that after the exit of the then chief minister Captain Amarinder Singh, majority of the MLAs wanted him as the CM.

Mr Navjot Singh Sidhu visited the Vaishno Devi shrine on Wednesday in Jammu as the party started seeking public opinion on the chief ministerial candidate. The IVR call from Congress plays a recorded message in Punjabi prompting listeners to press a key to vote among three options. Mr Charanjit Singh Channi's name has been placed at number one, followed by Mr Navjot Sidhu's. The third option asks whether the Congress should go without a chief minister face.

Taking a dig at the choosing process of the Congress, AAP convenor and Delhi chief minister Arvind Kejriwal said, “Congress is asking the people of Punjab to choose between Mr Channi and Mr Sidhu. Why aren’t they including the name of Mr Jakhar?”

Seventeen days are left for Punjab to go to polls. The party hopes that the announcement of the CM candidate on February 6 will douse the flames of infighting, else it could face major drubbing in the elections.