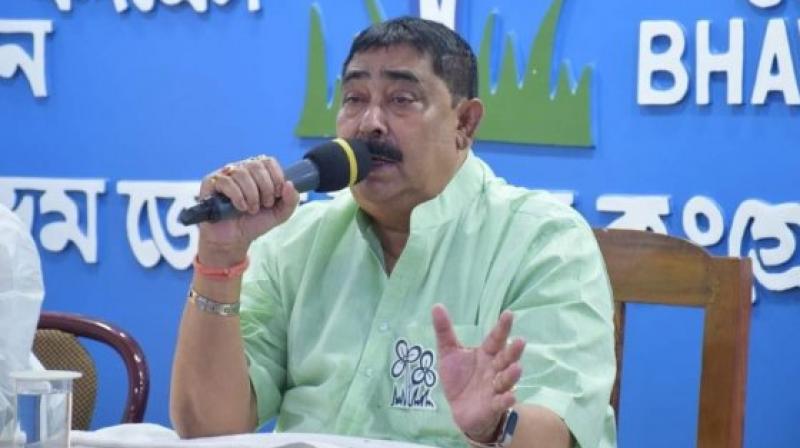 Kolkata: The Calcutta High Court has granted Trinamul Congress strongman Anubrata Mondal an interim cover of four weeks from arrest by the Central Bureau of Investigation (CBI) in a postpoll violence case of murder of a BJP worker in Birbhum of West Bengal.

Justice Rajasekhar Mantha directed the CBI on Thursday not to take any coercive step against Mr Mondal without it's nod but ordered him to cooperate with the investigation.

During the hearing Sandipan Ganguly, the counsel of the TMC Birbhum district chief, submitted that his client is not an FIR named accused in the case and is not keeping well which is why he cannot travel to Durgapur in Burdwan West amid Covid-19 pandemic to face questioning.

He also pointed out why the notice was sent to Mr Mondal from the CBI office at Lucknow instead of Kolkata. Additional solicitor general SV Raju who appeared for the CBI however argued that Mr Mondal needs to be grilled in the case but made it clear of no plan to arrest him.

The TMC district chief of Birbhum, who moved the HC on Wednesday seeking protection after the CBI summoned him for third time in the case to question him, said, "I respect law and will help in the probe." He later offered puja at Tarapith.