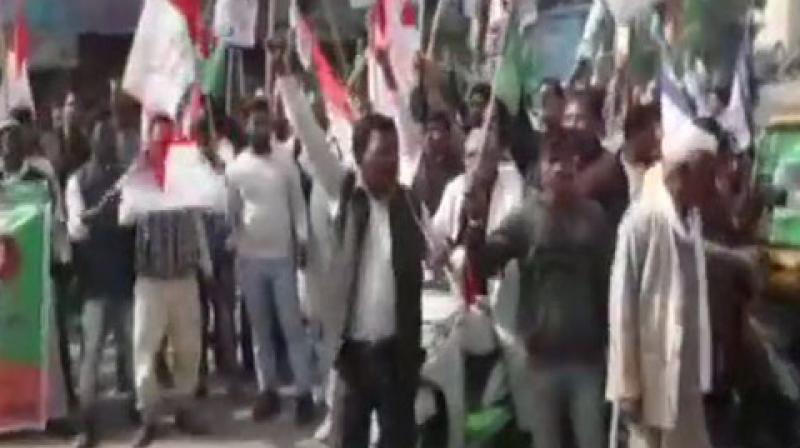 Gaya: Rashtriya Lok Samta Party (RLSP) on Monday observed a "Bihar Bandh" to protest against the police lathi-charge on party chief Upendra Kushwaha and other political leaders during its "peaceful" Jan Akrosh Rally.

Scores of RLSP leaders and workers held marches across the state while holding aloft placards and party flags. Armed with lathis (sticks), the workers raised slogans against Bihar Chief Minister Nitish Kumar and called him "dictator".
"During the peaceful Jan Akrosh rally on Saturday under the leadership of our chief Upendra Kushwaha, the police on the direction of the dictator Nitish Kumar's government tried to kill Kushwaha. He and various other leaders were severely injured that is the reason we are protesting today, " said RLSP General Secretary Santosh Kumar in Gaya.

On Saturday, RLSP protesters while marching toward the Raj Bhavan to demand educational reforms in Bihar were subject to baton charge. Several protesters were injured and many were detained during the violent protest.