‘He has been lying on the Rafale issue for the last two years and trying to mislead public,’ said UP Health Minister Sidharth Nath Singh. 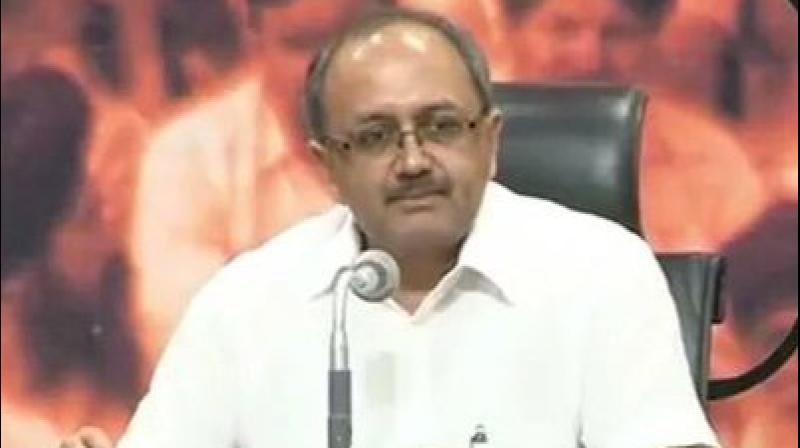 Varanasi: Uttar Pradesh Health Minister Sidharth Nath Singh on Friday invited Congress president Rahul Gandhi to take a dip in the Ganga during the upcoming Kumbh Mela to wash away the sins he had accumulated by "lying" on the Rafale issue.

"Mother Ganga will pardon Gandhi for all his sins and I extend him an invitation to visit Prayagraj to take a holy dip in the Ganga river during the Kumbh. He has been lying on the Rafale issue for the last two years and trying to mislead the public," the BJP leader, who was there to attend the regional meeting of Ayushman Bharat- Pradhan Mantri Jan Arogya Yojana, told reporters.

Singh's remarks came on a day when the Lok Sabha witnessed a heated debate over the multi-million dollar Rafale jet deal. Rahul Gandhi led his party's offensive against the government and posed a series of questions to the BJP-led dispensation.

Replying to a question on the construction of Ram temple in Ayodhya, the minister said everybody wanted the shrine to be built at the earliest and expressed hope that the Supreme Court will soon give a decision on the matter.

Earlier on Friday, the apex court said an appropriate bench constituted by it will pass an order on January 10 for fixing the date of hearing in the Ram Janmabhoomi-Babri Masjid land dispute title case.

The matter was disposed of within 30 seconds by a bench comprising Chief Justice Ranjan Gogoi and Justice S K Kaul.

Singh also hit out at Madhya Pradesh chief minister and Congress leader Kamal Nath over his government's decision to 'temporarily' stop the recital of Vande Mataram at the state secretariat.

Terming the decision as "unfortunate", the minister said, "The song does not belong to any particular party but is associated with all Indians."

The Madhya Pradesh chief minister, Singh said, was unable to come out of the "mindset of emergency period."