Kumar Vishwas, who dubbed himself a ‘martyr’, says he was ignored for speaking against Kejriwal. 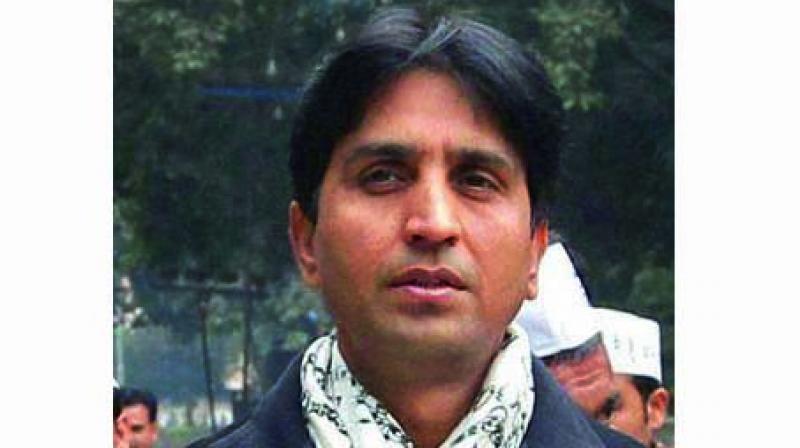 The decision taken by the Political Affairs Committee (PAC) of the AAP was greeted with scorn and disbelief by many party leaders and a barrage of criticism by the likes of Mr Vishwas, who dubbed himself a “martyr”, saying he was ignored for the Upper House for speaking against Arvind Kejriwal.

At the PAC meeting, senior leader Ashutosh, believed to be among the Upper House hopefuls, red-flagged the billionaire businessman’s nomination. He was the only one among the nine PAC members to have raised an objection.

Before the PAC meeting at Mr Kejriwal’s residence, around 56 AAP MLAs met the chief minister. Deputy chief minister Manish Sisodia claimed the MLAs unanimously endorsed the candidates, however, sources said there were disagreements. Several came out sporting downcast faces and went scurrying for their vehicles, avoiding the media persons gathered outside.

“Arvind Kejriwal wanted three eminent personalities to represent Delhi in the Upper House. Accord-ingly, we got in touch with 18 such persons from various fields, including the media, academics, law. However, a few among them politely declined saying joining the RS on a party ticket may affect their independence. The rest said identifying with AAP may prompt the Centre to ruin their lives. So we went for a mix and nominated those who may not be of high-level but with significant contributions,” Mr Sisodia said.

Chandni Chowk MLA Alka Lamba congratulated Mr Singh for his candidature. She refused to comment on the other two names. Mr Singh, a former social activist hailing from UPs Sultanpur, is counted among Mr Kejriwal’s most trusted lieutenants and has been with him since the India Against Corruption agitation days.

56-year-old Sushil Gupta, who unsuccessfully contested the 2012 Delhi Assembly polls on a Congress ticket, has decl-ared assets running into over Rs160 crore, while Narain Dass Gupta (72) is a former president of the Institute of Chartered Accountants of India. Sushil Gupta, who runs a chain of private and charitable schools and identified himself as an agriculturalist in the 2013 poll affidavit, quit the Congress on November 28, last year.

Mr Vishwas, who is a PAC member, was not present in the meeting. Immediately after the announcement made by Mr Sisodia, Mr Vishwas lashed out at Mr Kejriwal, saying he was being punished for speaking the “truth”. The poet-politician also charged that around one and half years ago, Mr Kejriwal had in a party’s national executive meet said with a smile, “We will finish you, but we will not let you be a martyr.” “I want to congratulate (Mr Kejriwal) that I have accepted my martyrdom,” he said.

Former AAP leaders Yogendra Yadav and Prashant Bhushan also criticised the AAP’s decision. Mr Yadav suggested that the AAP has struck financial deals with Sushil Gupta. “I used to say, whatever his other faults @Ar-vindKejriwal cannot be bought. Defended him against Kapil Mishra’s all-egations. Now I don’t know what to say. Speechless, ashamed and numb.”

Former RBI governor Raghuram Rajan, former Union minister Arun Shourie, ex-Chief Justice of India T.S. Thakur are among the personalities the AAP had reached out to for RS nominations.

Elections to the three Rajya Sabha seats from Delhi would be held on January 16.
as the terms of the incumbent members, Karan Singh, Janardan Dwivedi and Parvez Hashmi — all from the Congress — end on January 27.